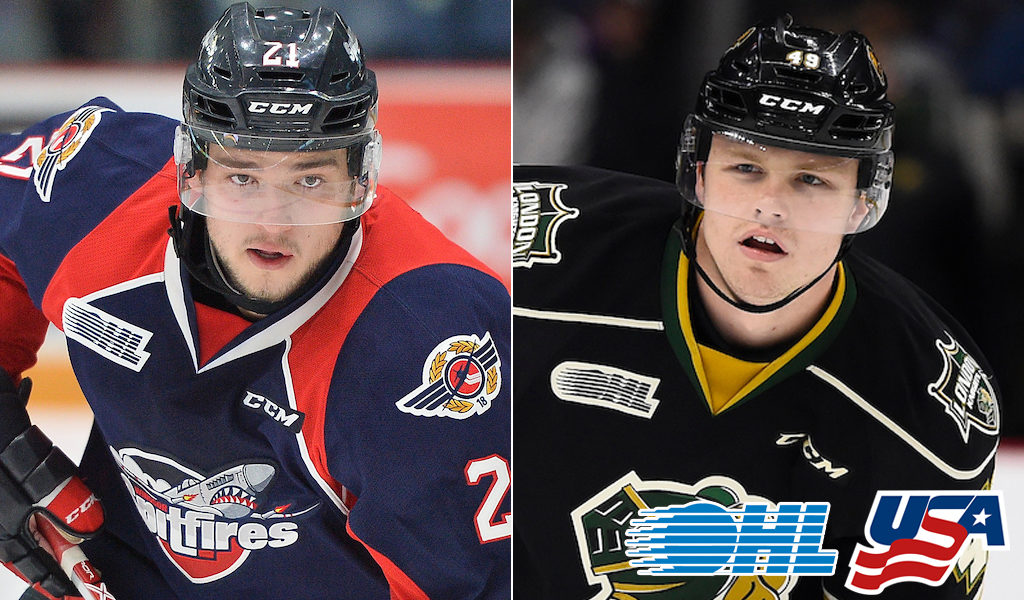 Toronto, ON – The Canadian Hockey League announced that four CHL players have been named to the preliminary roster for the 2018 U.S. National Junior Team that will compete in the 2018 IIHF World Junior Championship December 26 to January 5 in Buffalo, New York.

A total of 28 players were chosen by USA Hockey to attend training camp including two players from the Ontario Hockey League and two from the Western Hockey League.

Bellows is one of seven returnees from the 2017 U.S. National Junior Team that won gold in Montreal.

Brown and Yamamoto are two of an additional 16 invitees to have earned medals as members of Team USA in the past, both earning bronze on home ice at the 2016 World Under-18 Hockey Championship in Grand Forks, North Dakota.

The players will attend training camp Dec. 15-19 at Nationwide Arena and OhioHealth Ice Haus in Columbus, Ohio, followed by an additional camp in Jamestown, New York, from Dec. 20-23. The U.S. will play pre-tournament games Dec. 20 against Belarus on Dec. 20 at the Northwest Arena in Jamestown and Dec. 22 against Sweden at the Erie Insurance Arena in Erie, Pennsylvania. Both games are set for 7 p.m. ET puck drops and tickets are on sale now here.

The final 23-man roster is expected to be named by December 23rd.

The U.S. will compete in a group with Canada, Finland, Slovakia and Denmark and opens the preliminary round of the 2018 IIHF World Junior Championship on December 26 against Denmark.