Bujold set up for success with Knights 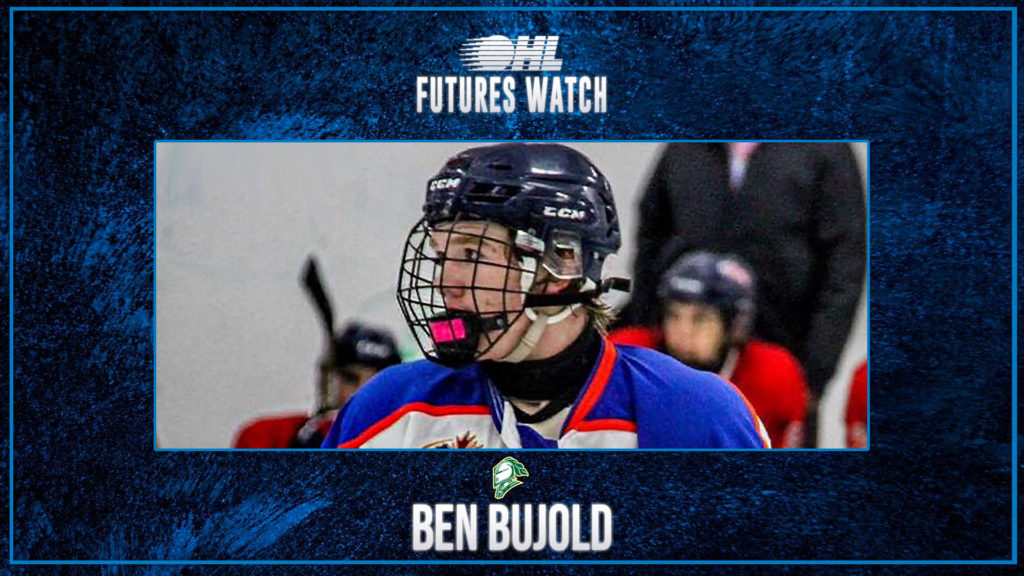 When Ben Bujold is on the ice, you’re going to notice him.

A two-way forward who can win battles and make plays, he loves having the puck on his stick and can skate through defenders at top speed.

His tenacity on the puck helped his Kanata Lasers to a a 2019-20 HEO Midget AAA championship and caught the attention of London Knights general manager Mark Hunter, who praised his “strong 200-foot game and offensive creativity” upon selecting him 19th overall at the 2020 OHL Priority Selection.

Of course, that praise meant a lot to the up-and-coming OHLer.

“That guy knows a lot about the game, more than others, so hearing that from him is good,” said Bujold. “Very wise words from a wise man.”

He grew up admiring @RealStamkos91, models his game after J.T. Miller and has learned a lot under @KanataLasersU18 head coach Shean Donovan. Get to know @LondonKnights first rounder Ben Bujold (@BujoldBen) as he chats with @sarahjeanmaher 🎥 pic.twitter.com/tvJfIhYYhz

Bujold’s standout season with the Lasers saw him put up 55 points over 43 games under the guidance of head coach and former seasoned NHLer Shean Donovan. In tandem with his explosive playmaking abilities, the flashy forward’s enthusiasm and work ethic have made him a welcome addition to the club, says Knights associate GM Rob Simpson.

“I think when you have a player like him that has that work rate on the ice, it just brings your overall team’s work ethic up and it’s just exciting to watch players like that and watch the intensity they bring every day,” Simpson said. “He’s a player that you don’t have to look to find when he’s on the ice. He always wants the puck on his stick so that he can make plays, but he’s not going to just wait around for it. You’re going to notice him constantly trying to get the puck on his stick and when he gets it there, he can either put it in the back of the net or he can make a real nice play with it.”

The 17-year-old product of Richmond, Ont. prides himself on that work ethic and was happy to land with the well-rounded Knights; a club with a winning history and proven ability to consistently develop high-end talent. More than a year after being drafted, having had the opportunity to connect with the organization and his teammates that include fellow Lasers graduates Colton Smith and Stuart Rolofs, Bujold’s excitement toward donning the gold and green is stronger than ever.

With the 2020-21 OHL season cancelled due to government COVID-19 regulations amidst the province’s third wave, Bujold found a spot with the CCHL’s Renfrew Wolves; an experience he said was valuable in preparing him for his OHL debut.

Associate @LondonKnights GM Rob Simpson has eyes set on the team’s continued success as he speaks to their top 2020 #OHLDraft picks that include Bujold, Edward, Smith, Sim and Crane 🎥 pic.twitter.com/m0Ygiraatr

“It was definitely another step to getting to the OHL. It was great getting comfortable there and knowing what it feels like to play with and against 18, 19, 20-year-olds,” he said. “[The Knights] would always go over my videos and my shifts and would always correct what I’ve been doing wrong. I’ve also been watching some NHL games, so even though I’m not really on the ice, I feel I’ve gotten a lot more mature and better since I’ve been with them.”

Upon hearing his name called out last April, Bujold was welcomed by a number of Knights skaters.

“It was pretty cool seeing a text from Connor McMichael, I always looked up to that guy,” he recalled. “Guys like Luke Evangelista and all the vets, it was pretty cool getting texts from those guys and it definitely motivated me a bit more.”

And that motivation has certainly gone a long way within the organization, especially throughout a year of challenge and uncertainty.

“He loves being at the rink, loves talking about hockey and being social. Whenever you have a person that’s like that, it’s just infectious and goes through your whole team,” continued Simpson. “You couple that with his incredible work ethic, how he strives to want to be better, always looking at his game and try to improve on it, and it really sets himself up well to continue to develop and come in and have a great 17-year-old year with us.”