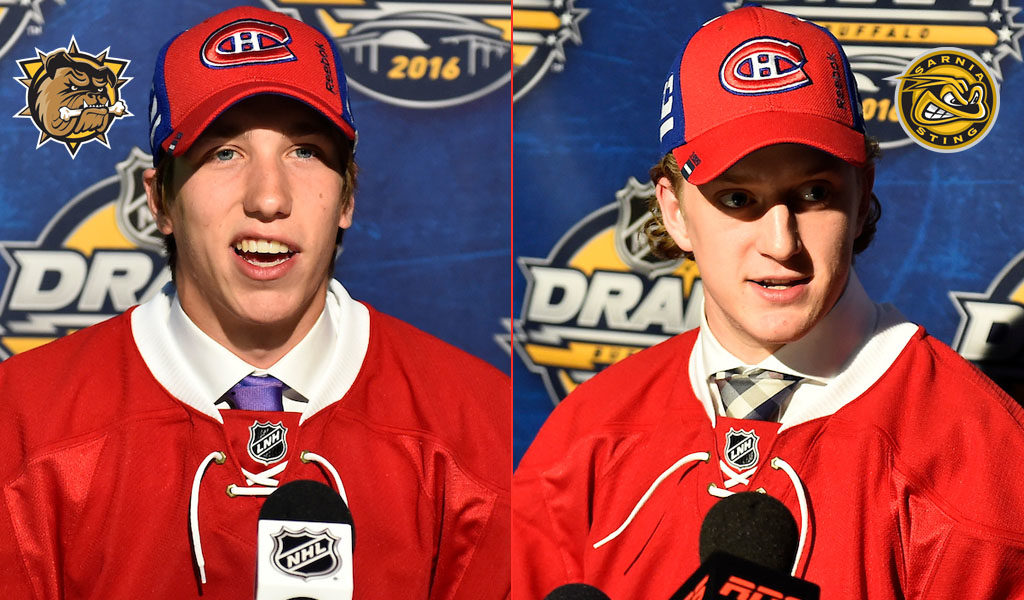 MONTREAL – The Canadiens announced on Wednesday that they had agreed to terms on three-year entry-level contracts with forwards William Bitten and Michael Pezzetta.

The agreements will take both players through the 2020-21 season.

Bitten was the Canadiens’ third-round pick (70th overall) at the 2016 Draft.

Extremely honoured and excited to sign my first NHL contract with the @CanadiensMTL . Thank you to all my family, friends, teammates and coaches who have always believed in me and helped me get to where I am today. pic.twitter.com/1FBEiWkJwi

As for Pezzetta, also 19, he was the Habs’ sixth-round pick (160th overall) at the 2016 Draft. The Toronto native was named captain of the OHL’s Sudbury Wolves at the start of this season, but was traded to the Sarnia Sting in January.