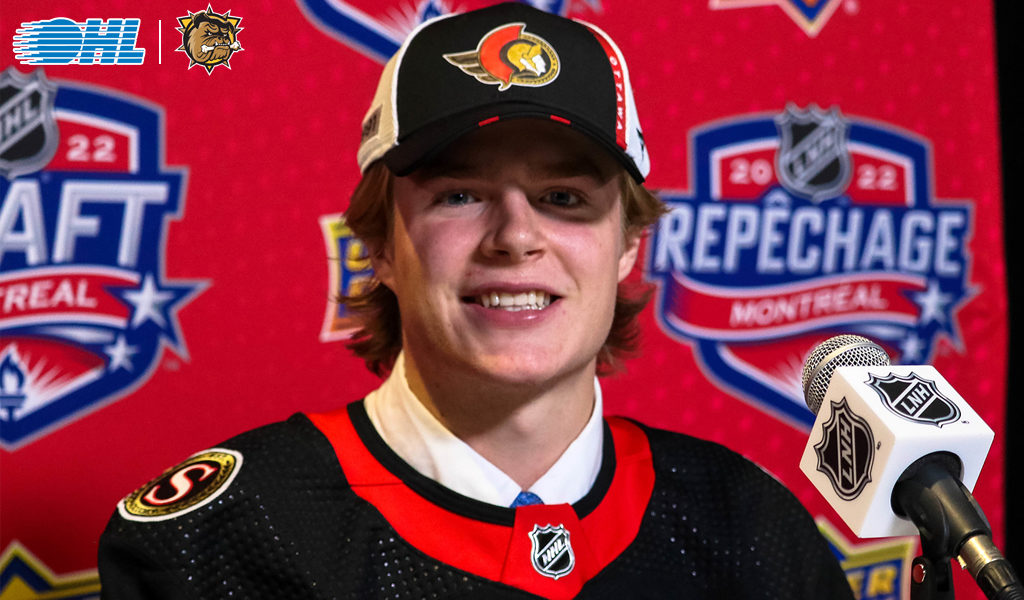 OTTAWA – The Ottawa Senators announced today that the team has signed defenceman Jorian Donovan to a three-year, entry-level contract.

Donovan, 18, is expected to enter his second major junior season with the Ontario Hockey League’s Hamilton Bulldogs following a 2021-22 campaign which saw him rank second among all first-year skaters in plus/minus rating (+25) while leading Hamilton rookie rearguards in scoring with 22 points (three goals, 19 assists).

“We’ve been impressed with Jorian’s game since drafting him in July,” said Ottawa Senators general manager Pierre Dorion. “He competes hard and will be a defenceman that Hamilton leans on in every situation this season. An athletic player who skates well, getting Jorian under contract today is an important step for the future of the organization.”

A native of Richmond, Ont., Donovan, the son of Senators development coach (and former Ottawa forward Shean Donovan), skated in 77 of the Bulldogs’ 87 games this season as the club advanced to the 2022 Memorial Cup where the team fell 6-3 in the tournament final to fellow Senators prospect Philippe Daoust and the Saint John Sea Dogs.

Selected by the Senators with the first of the team’s three fifth-round picks (136th overall), Donovan is the second member of Ottawa’s 2022 draft class to be signed.