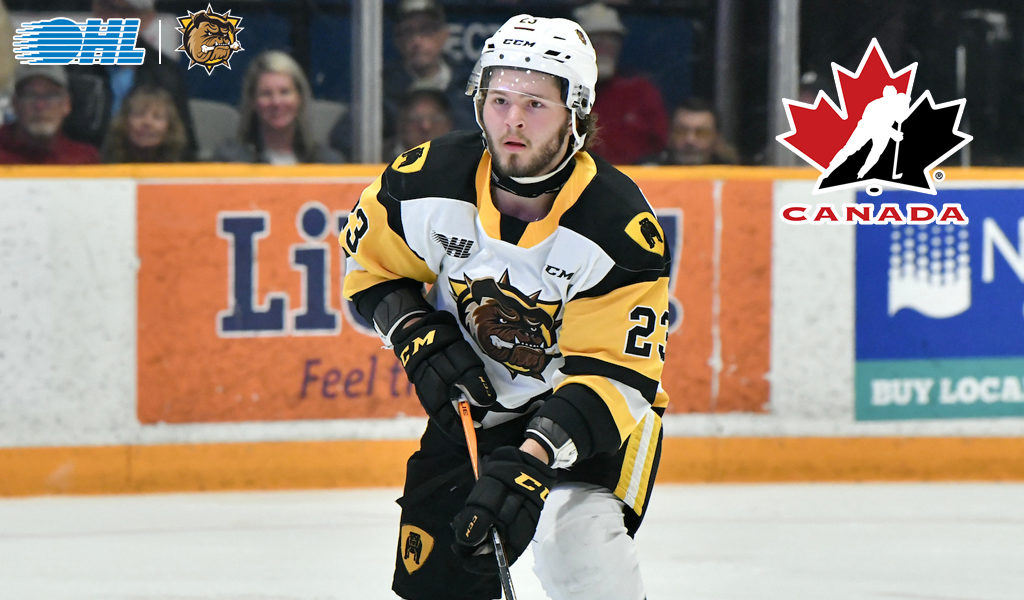 Mason McTavish will captain Canada at the 2022 World Juniors.

Hockey Canada announced Tuesday that the Hamilton Bulldogs forward will wear the ‘C’ for Canada at the 2022 tournament.

“It’s such an honour,” McTavish said. “There’s so many great leaders in there but I’m super grateful and super humbled to have this opportunity.”

McTavish follows in the footsteps of players such as Ryan Ellis, Kris Letang, Ryan Nugent-Hopkins and Brayden Point, among many others, by being named captain of Canada’s World Juniors team.

Before the tournament was cancelled in December, McTavish had notched three goals and five points in two games. It was part of a busy 12 months for the 19-year-old who was the third overall pick in the 2021 NHL Draft, scored in his NHL debut with Anaheim in October, played in the 2022 Winter Olympics and helped lead Hamilton to an OHL championship and a runner-up finish at the Memorial Cup earlier this year.

The World Juniors will not be the first time McTavish has captained Canada; he led his nation to gold at the 2021 U18 World Championships.

The 2022 World Juniors begins Aug. 9. Canada opens its campaign Aug. 10 against Latvia and will also face Slovakia, Czechia and Finland in the round-robin. All games can be seen live on TSN and RDS. All four of Canada’s round-robin games will begin at 6 p.m. ET / 3 p.m. PT.