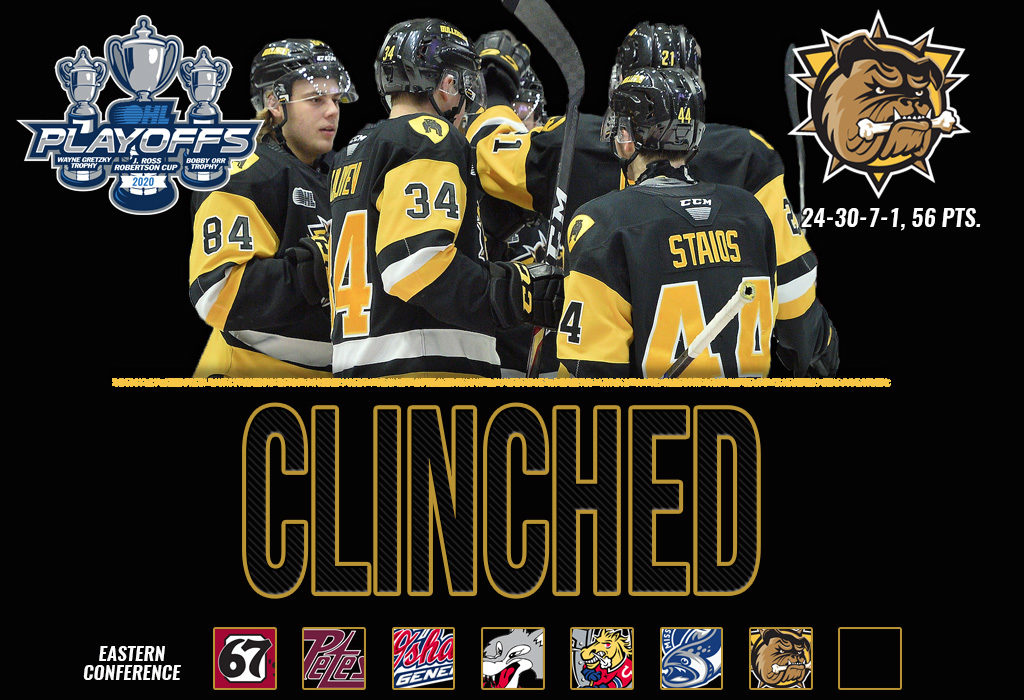 The Hamilton Bulldogs are the latest team to be welcomed to the 2020 OHL Playoffs.

Regulation losses by the Kingston Frontenacs and Niagara IceDogs Sunday afternoon secured the team’s playoff presence for the fourth year in a row.

The Bulldogs boast one of the league’s top scorers in Los Angeles Kings prospect Arthur Kaliyev, who has steered the team offensively with 98 points on the season. Kaliyev notched his 44th goal of the year in an 8-6 loss to the Saginaw Spirit to earn his 248th OHL point, becoming the club’s all-time point leader.

The team lost a key piece after goal-scorer Jan Jenik suffered a season-ending injury during a World Juniors stint with the Czech Republic. Prior to his injury, Jenik, an Arizona Coyotes prospect, had been steadily registering an over two-points per game pace atop the league standings. Tag Bertuzzi (25-22—47), son of seasoned NHLer Todd Bertuzzi, and Logan Morrison (22-23—45) have added their own scoring touch, and NHL Draft hopeful Jan Mysak has been a welcome addition with 25 points over 22 games since suiting up in January.

The squad has consistently maintained the East Division’s fourth place seed, currently housing a 24-30-7-1 tally on the year. They’ve struggled to solve their opponents as of late, skating away from the weekend on a six-game losing skid.

They’ll try for their second OHL Championship, having defeated the Soo Greyhounds to hoist the J. Ross Robertson Cup in 2018. They’d end their run with a third place finish at the 100th Memorial Cup in Regina.