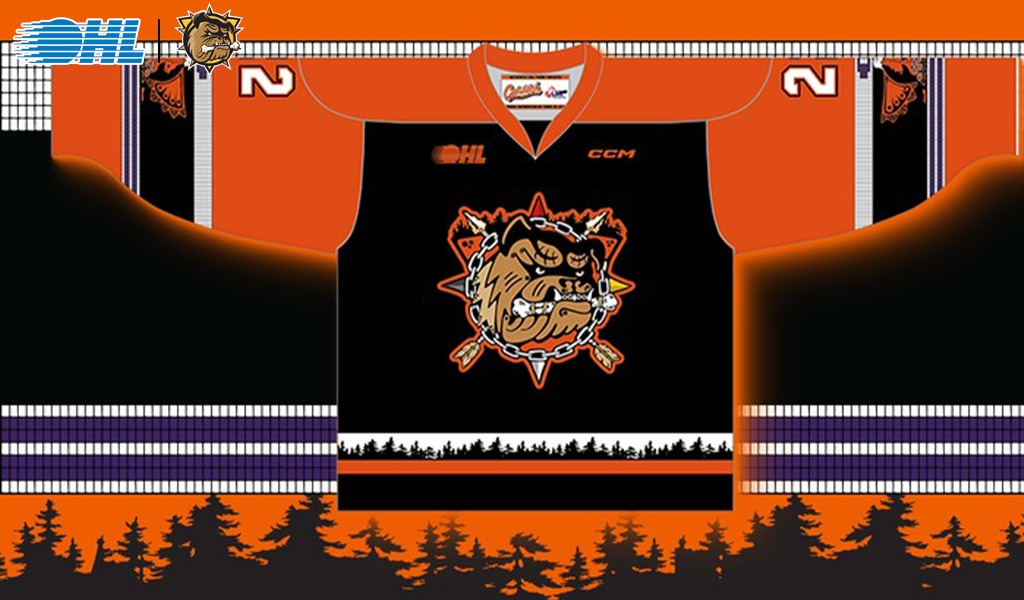 The Hamilton Bulldogs, along with LiUNA, are very thankful to artist Kory Parkin for the design of new warmup jerseys which the team will wear for the first time on Friday, November 25th hosting the North Bay Battalion.

Talking about the elements of the design, Parkin wanted to include all the indigenous people who have historically called Hamilton home. “When I looked into the people and history of Indigenous lands it was pre-occupied by the Haudenosaunee, the Mississauga and the Huron…” and Parkin put together an incredible blend of symbolic elements for all:

The Arrowheads – representing that the land was best known for fishing and hunting.

The Silver Chain – representing the strong bond between the Haudenosaunee & the European Settlers.

One of the elements of the most meaning to Parkin is the wampum belt across the teeth of the logo, significant to his shared Six Nations ancestry with Bulldogs forward Brenden Anderson, Parkin takes significant pride in Anderson wearing one of his designs. “Having Brenden Anderson on the team means a little bit more now that I can do something that he can now wear there that shows he’s proud to be Indigenous.”. 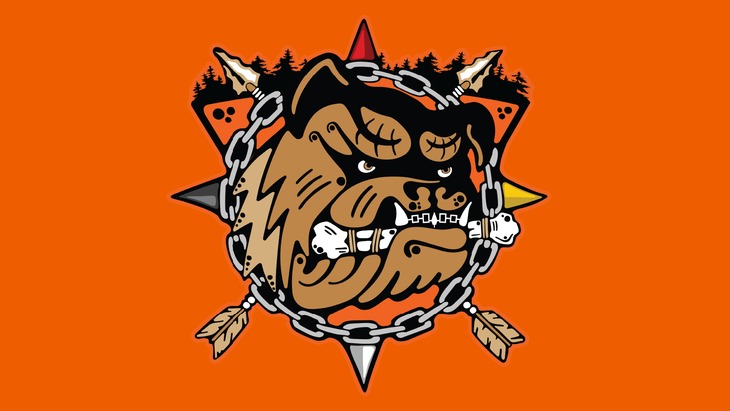 The sleeve will carry the Eagle signifying the messenger sitting atop the tree of peace along with the dish with one spoon and two-row wampum. 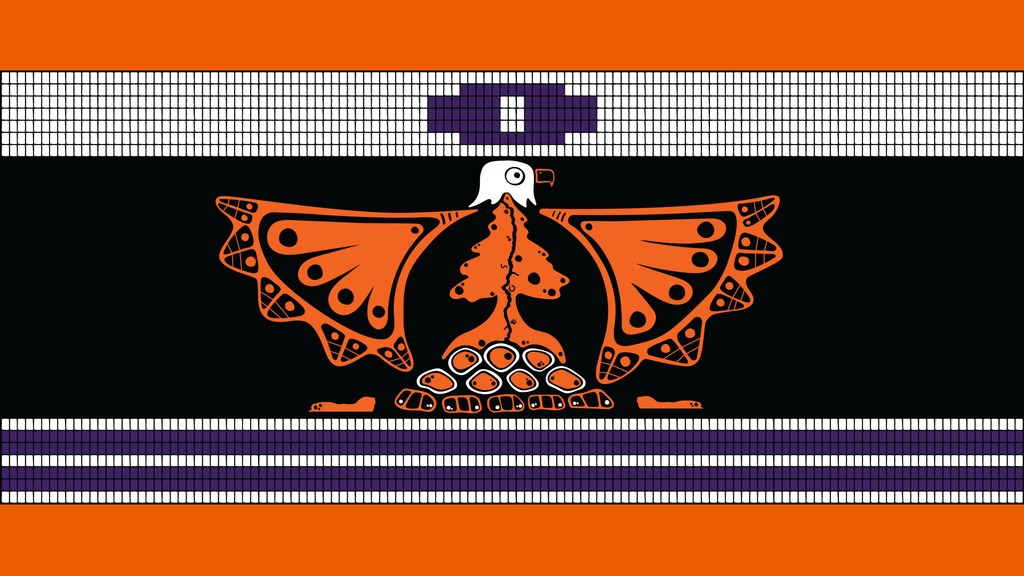 At season’s end the Bulldogs will also be auctioning the jerseys off with the proceeds benefiting PALS, the Police Athletic League for Students through the Six Nations Police Service.

PALS was designed to build positive relationships between the police and youth 12 & 13 years of age. PALS has been a successful police-youth initiative since 1992 using sports and recreation to help students balance their growth and development academically, physically, socially and emotionally. PALS youth and police meet weekly after school, on school property.