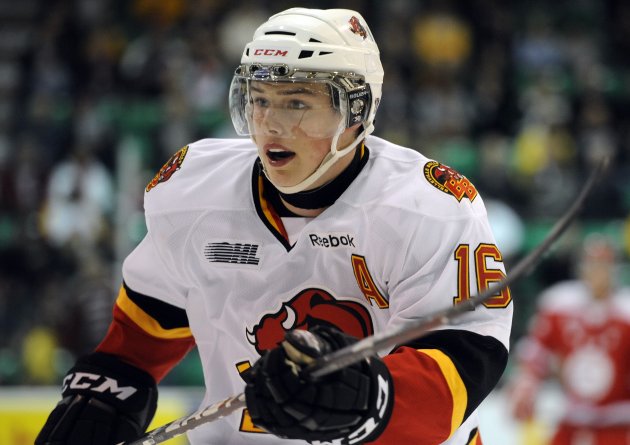 Toronto, ON – The Ontario Hockey League today announced that forward Brendan Gaunce of the Belleville Bulls is the OHL Player of the Week for the week ending November 27 after scoring five goals and one assist for six points in three games with a plus-minus rating of plus-5.

Gaunce helped lift the Bulls to three straight wins while recording three straight multi-point games for the first time in his career beginning Thursday night in a 3-1 victory over the Erie Otters where he scored two goals as first star of the contest.  He also scored two goals on Friday night as part of a 6-0 win over the Guelph Storm before finishing the week with another first star performance scoring a goal and an assist in a 4-1 win over the Oshawa Generals on Sunday.

Gaunce, a 17-year-old from Markham, ON, is playing in just his second OHL season with the Bulls where he currently leads the club with 15 goals and 12 assists for 27 points in 25 games.  The former second overall OHL Priority Selection pick is now eligible for the 2012 NHL Entry Draft where he was recently ranked seventh among OHL skaters by NHL Central Scouting.

Also considered for the award this week was fellow 2012 NHL Entry Draft prospect Radek Faksa who scored four goals and two assists for six points in three wins for the Kitchener Rangers.  Vancouver Canucks prospect Alex Friesen also helped the Niagara IceDogs to three straight wins recording six points including three goals and three assists.  In goal, the Bulls’ Malcolm Subban went 3-0-0-0 posting one shutout victory with a goals-against-average of 0.67 with a save percentage of .978. 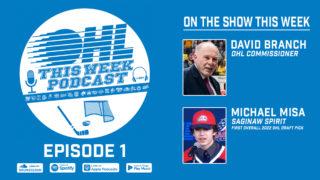