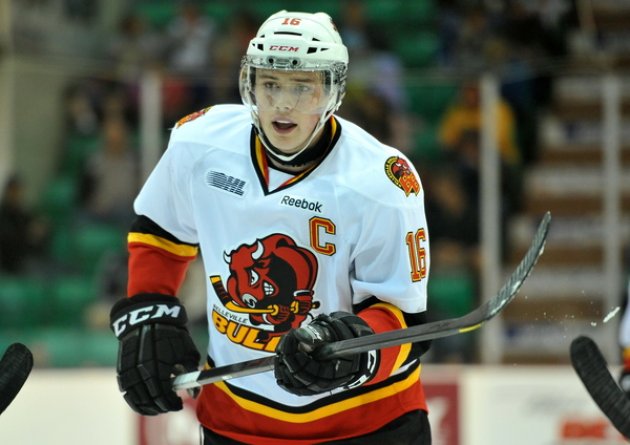 The Ontario Hockey League today announced that Brendan Gaunce of the Belleville Bulls is the OHL Player of the Week after recording five points in two games including two goals and three assists with a plus-minus rating of plus-3 for the week ending December 30.

Gaunce, an 18-year-old from Markham, ON, is playing in his third OHL season with the Bulls.  Selected in the first round, 26th overall by the Vancouver Canucks in the 2012 NHL Entry Draft, Gaunce has 12 goals and 11 assists for 23 points in 28 games so far this season.

Also considered for the award this week was Eric Locke of the Saginaw Spirit and Kerby Rychel of the Windsor Spitfires who each produced five points in two games scoring three goals and two assists.  In goal, Brandon Hope of the Owen Sound Attack went 2-0-0-0 with a goals-against-average of 1.50 and save percentage of .944.