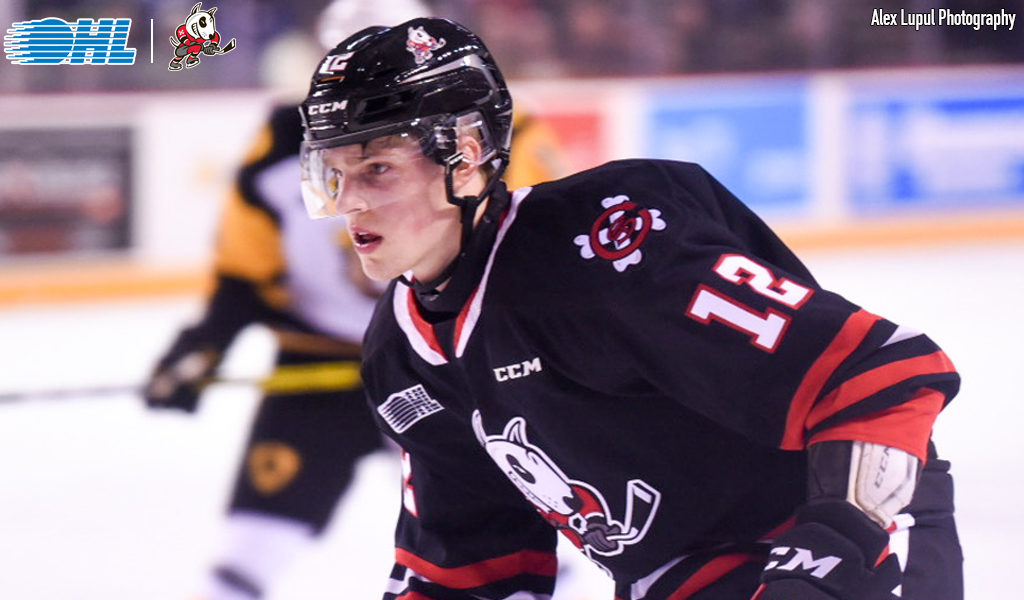 Draft day, the cumulation of success, and hard work. Prospects get a chance to potentially hear their names called by a National Hockey League team representative, don the jersey of a big-league squad, meet club executives, and take the initial step in their professional hockey careers. The COVID-19 pandemic hasn’t changed these aspirations, however, the traditional processes and procedures that usually define the draft will be greatly altered. Currently, players and the teams are working to keep pace.

Niagara IceDogs’ sophomore forward Cam Butler, who is rated 138th by Central Scouting for the 2020 NHL Entry Draft is dealing with this very situation. He is handling the situation with reserve and a wait-and-see attitude.

“It’s a huge honour, but at the end of the day, it’s a list and it comes down to draft day, and we’ll see what happens. It’s something I’ve looked forward to ever since I started playing hockey,” he said. “It’s a dream everyone growing up has is to be drafted into the NHL”.

With the 2019-20 Ontario Hockey League season canceled, and limited access to training faculties, previously normal actives such as conditioning and skill development have become a difficult task for all, including Butler.

“I’m trying to stay busy getting in my workouts, and shooting pucks,” the Ottawa native said. “Honestly, it has been boring there’s not much to do. Everyone is stuck inside. Towards the end of the season, you look forward to coming home and seeing all your friends. It’s been tough because I haven’t been able to do that.”

Acquired by Niagara on January 9th from Peterborough, Butler skated in 66 games with the IceDogs, and Petes, collecting a career-high 32 points on the season (18 goals, 14 assists). These results were enough to capture the interest of NHL talent evaluators, who consider the 17-year-old to be the complete package of size, skill, and speed. The 6-foot-4, 202 pound, right-winger also boasts an elite-level shot.

Although he has rolled with the punches, Butler has noticed changes in the evaluation and interview processes.

“Everything has been a phone call recently. It’s different than during the season where scouts would come, and meet with you after games. It’s difficult with everyone at home, teams can’t even meet in person with their organization.”

Even though the personal touch is missing for the moment, Butler is maintaining a positive outlook and doing what he can to improve his standing in a deep draft class.

No doubt, the organization, and IceDogs’ fans alike are hopeful that the skilled power-forward will hear his name called in the annual selection. While in these unprecedented times, Butler is thankful for the chance to play the game he loves, and remains hopeful of the upcoming season. “We have a young talented group, he said. “These are exciting times ahead for the Niagara IceDogs”.