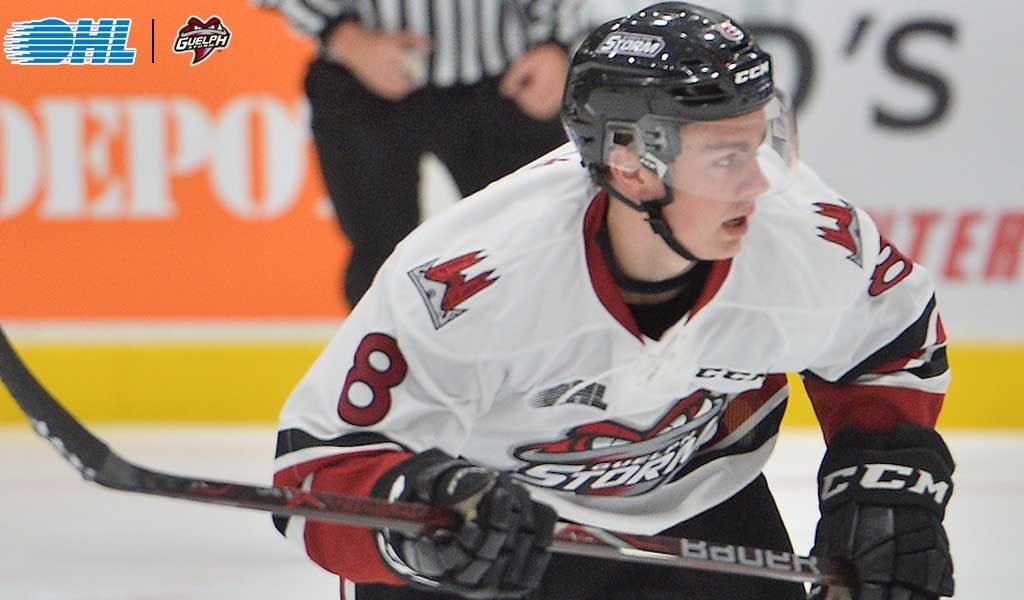 Guelph, ON – General Manager and Head Coach George Burnett has announced that Cam Hillis has been named team captain for the 2019-20 season, making him the 29th captain in franchise history.

“Cam is the natural choice to lead our program moving forward,” said Burnett. “Despite all of the adversity he faced, enduring and rehabbing from three major injuries during this past season, Cam contributed significantly to our leadership group and provided tremendous inspiration to our team throughout the season and playoff run.”

Hillis is entering his third season with the Storm after being drafted by the club in the 2nd round of the 2016 OHL Priority Selection.  In 93 games with the Storm, he has collected 81 points. In his rookie season, the Enniskillen native recorded 59 points in 60 games and won the club’s rookie of the year award. Hillis played just 33 games during his sophomore season due to injury.

“Cam’s commitment to improve each day both on and off the ice, combined with his desire to lead and set the example within our community make him a most deserving choice to lead the Storm hockey club,” Burnett said.

Off the ice, Hillis has played a huge role in the Storm’s community work the past two seasons, being an active participant in the team’s Read to Succeed and STEM programs at schools throughout Guelph and Wellington County. In addition to his community work in Guelph, Hillis is also a significant supporter of former Storm captain Garrett McFadden’s not-for-profit, McFadden’s Movement, a program to support mental health, and was named a MM27 Ambassador of the program last fall.

“It is a huge honour to be named captain of the Storm,” Hillis said. There have been a lot of great leaders to pass through this organization and I’m thankful to now be apart of that history. It has been a goal of mine since my early time in Guelph and I’m grateful to have been alongside many great leaders in the past.”

The 19-year old was selected by the Montreal Canadiens in the third round of the 2018 NHL Entry Draft.

“I’m looking forward to leading a young team and I have high expectations for our group next year,” the Storm captain said.