Campbell and Cicigoi commit to Battalion 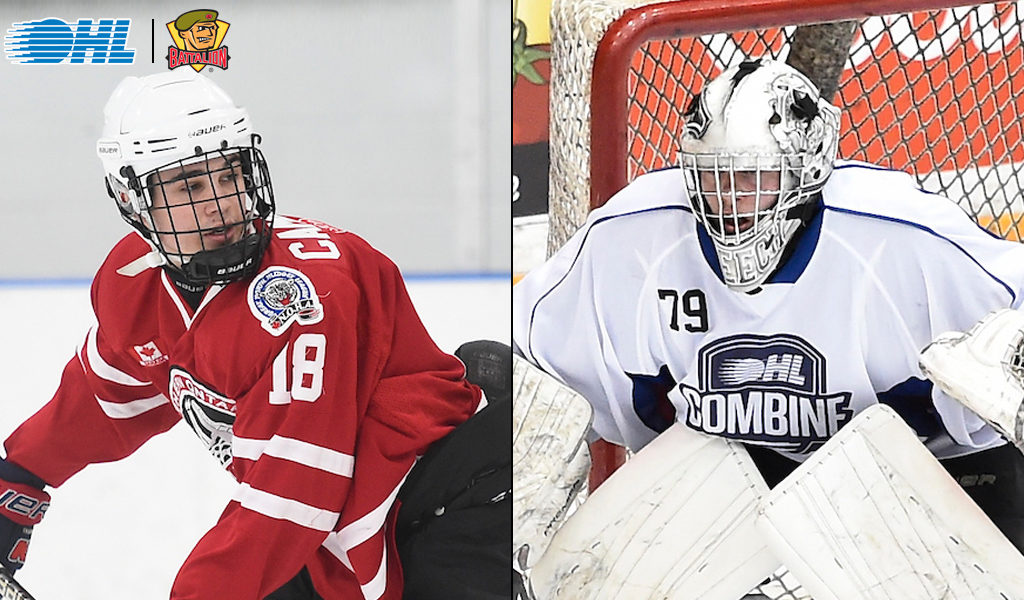 Campbell, a 17-year-old Callander resident who played last season with the Powassan Voodoos of the Northern Ontario Junior Hockey League, at the time the Battalion’s junior A affiliate, was a fourth-round pick from the North Bay Trappers minor midgets in the 2018 OHL Priority Selection. Campbell put up 39 points (16-23–39) over 54 games with the VooDoos last season.

Cicigoi, 18, was a sixth-rounder from his hometown Thunder Bay Kings under-16s in 2017. He too played for Powassan last season, posting a 3.01 goals-against average and .917 save percentage over 28 regular season contests.

The Battalion depart for Kitchener to take part in the Rangers Pre-Season Showcase. The Troops take on the host Rangers on Friday at 7:00pm before returning to action on Saturday at 2:00pm against the Peterborough Petes. They round out the weekend on Sunday, taking on the Saginaw Spirit at 11:00am.