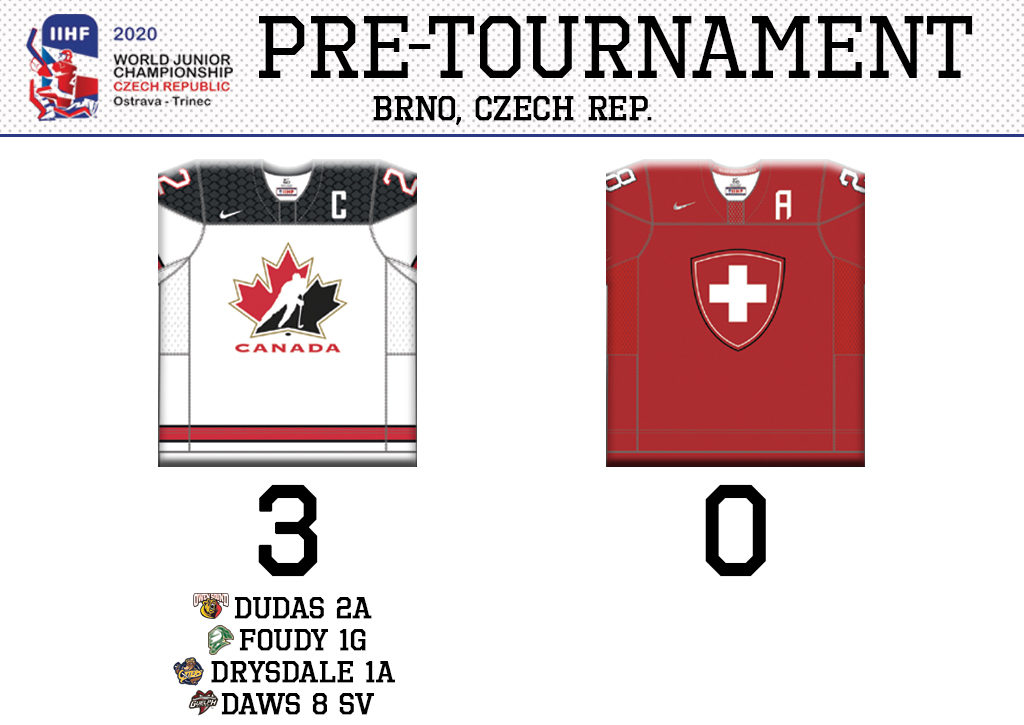 Team Canada blanked Switzerland 3-0 in Thursday afternoon’s exhibition match in Brno, Czech Rep., the first of two pre-tournament contests before the puck drops on the 2020 World Juniors in Ostrava and Trinec.

The all-OHL line of Dudas, Foudy and Dellandrea drew high praise following the game after a strong showing.

Joel Hofer (Portland Winterhawks) played the first half of the game in net for Canada before Nico Daws (Guelph Storm) stepped in between the pipes to complete the shutout.

A practice five-minute four-on-four overtime would remain scoreless on both sides, and a pre-determined shootout would see a 3-2 result in Switzerland’s favour, with Alexis Lafrenière (Rimouski Oceanic) and Ty Dellandrea (Flint Firebirds) scoring for Canada. Daws remained in net for both sessions.

Team Canada will suit up for their second exhibition game on Monday against defending gold medalist Finland.

GAME OVER! 🇨🇦 gets its pre-tournament schedule started with a 3-0 win over 🇨🇭.

👏 @AidanDudas showing @HockeyCanada why LA Kings fans should be excited about the future.