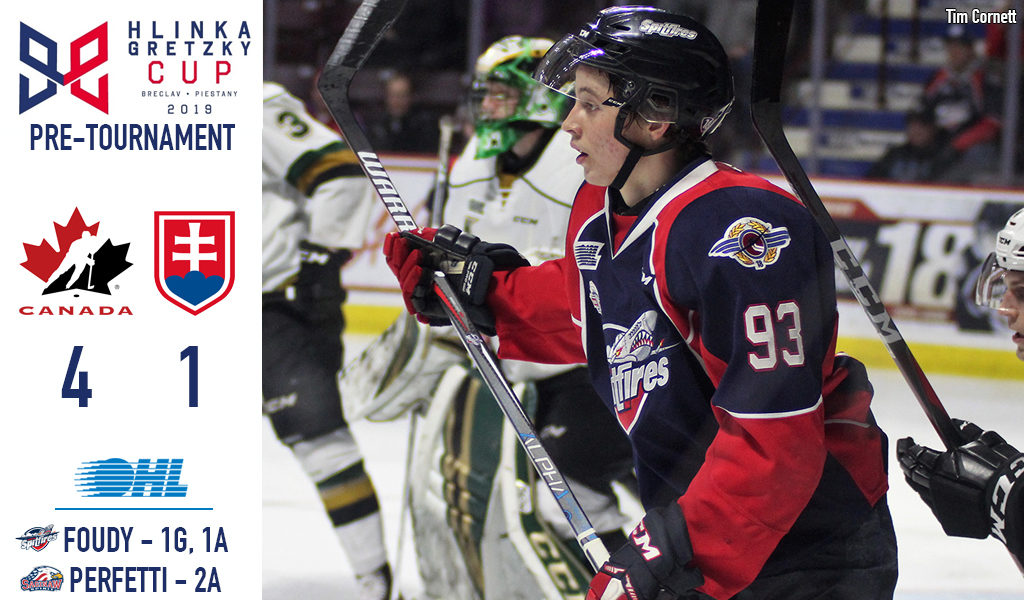 Canada outshot the Slovaks 26-14 and held them to 1-for-6 on the power play as Tristan Lennox (Saginaw Spirit) stopped all five shots he faced before giving way to goaltending partner Dylan Garand (Kamloops Blazers).

GAME OVER! 🇨🇦 downs 🇸🇰 4-1 in its lone pre-tournament game ahead of the #HlinkaGretzkyCup.

Canada’s National Summer Under-18 Team includes eight OHL players. They hit the ice on Monday morning at 9:30am for their first tournament contest against Finland.

Canada has won gold in each of the last two events including last summer when the annual tournament came to Canada for the first time, taking place in Edmonton and Red Deer, Alta.

Since the tournament’s inception in 1991, Canada has won a total of 22 gold medals, two silver medals and one bronze medal.

Stay tuned to ontariohockeyleague.com for full coverage throughout the event as well as hlinkagretzky.com for ongoing statistics and news.