Canada rallies from behind to open U18 Worlds 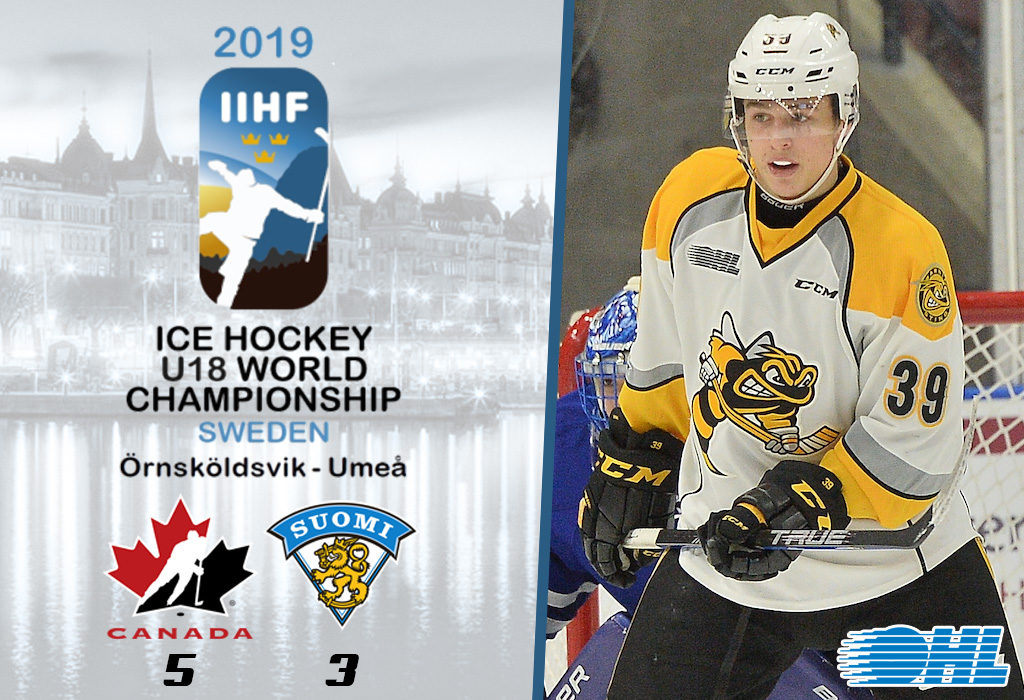 The draft eligible Tracey tied things at three on the power play early in the third period, maneuvering around Finnish netminder Roope Taponen from close quarters. The eventual game winner came on a one-timer with 5:29 remaining as he finished off a feed from linemate Connor Zary (Kamloops Blazers).

Canada’s penalty killing crew killed off four of five infractions in the win, generating one shorthanded marker along with other offence shortly after returning to even strength.

“It was obviously not the start we wanted but our PK [penalty kill] changed the complexion of the game,” said Canada head coach Brett Gibson (Queen’s University). “It gave us the spark we needed through commitment and passion that allowed us to get back in the game. We will use the last two periods as momentum going into a quick turn-around game tomorrow afternoon against Switzerland.”

The Finns charged out of the gate with first period markers from Aku Raty and Antti Saarela before Anton Lundell struck 1:01 into the second frame.

Jamieson Rees (Sarnia Sting) began the charge back with a shorthanded marker at 4:55 before Alex Newhook cut the deficit to one with an assists from Kaedan Korczak (Kelowna Rockets) at 9:42.

The two clubs combined for 82 shots as goaltender Taylor Gauthier (Prince George Cougars) made 39 saves for the win.

Canada is back in action Friday morning, taking on Switzerland at 9:30am ET.

OTHER WU18 SCORES FROM THURSDAY: