Canada to play for gold following 8-1 win over Sweden 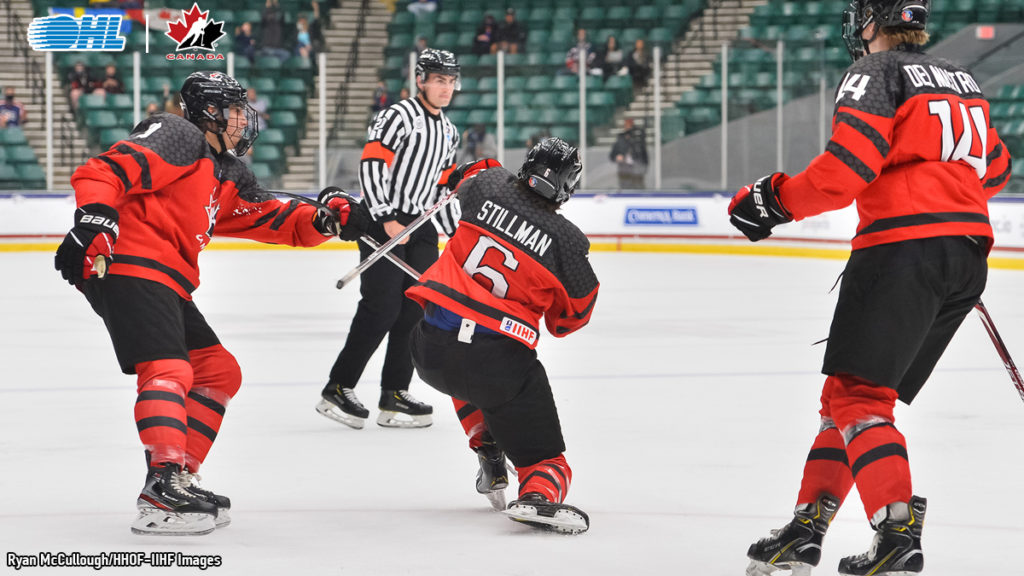 Kingston Frontenacs star Shane Wright picked up a goal and three assists as Canada’s National Under-18 Team soared past Sweden 8-1 to punch their ticket to the Under-18 World Championship Final for the first time since 2013.

Following a scoreless opening frame, a snipe from 15-year-old Connor Bedard (Regina Pats) got the Canadians on the board with an assist from Mason McTavish (Peterborough Petes). Sweden’s Isak Rosen evened the tally but Chase Stillman (Sudbury Wolves) responded with the tap-in to regain the lead.

Bedard’s second of the night came just 45 seconds into the final frame and some fancy through-the-legs work from Brennan Othmann (Flint Firebirds) put Canada up by three. Wright drew assists on both goals. Francesco Pinelli (Kitchener Rangers) widened the lead to 5-1 midway through the period before Wright shot the puck past Swedish netminder Carl Lindbom off a feed from Othmann. Bedard completed his hat-trick seconds later before Connor Roulette (Seattle Thunderbirds) made it 8-1 with help from Brandt Clarke (Barrie Colts) and Ryan Winterton (Hamilton Bulldogs) to cap off six unanswered goals.

“Throughout the second and third period we really brought the pressure to [Sweden],” said Wright, who finished the win with four points. “We were getting a lot of high-quality chances on them and it was only a matter of time before one of them went in. [Bedard] made a nice play and scored that goal early in the third period, and that helped opened things up and lead to some more scoring chances for our team. Overall, I am happy with our effort and the way we played today.”

Canada improves to 6-0-0-0 and will play for gold against Russia on Thursday at 9:00pm ET. Catch the medal action on TSN.