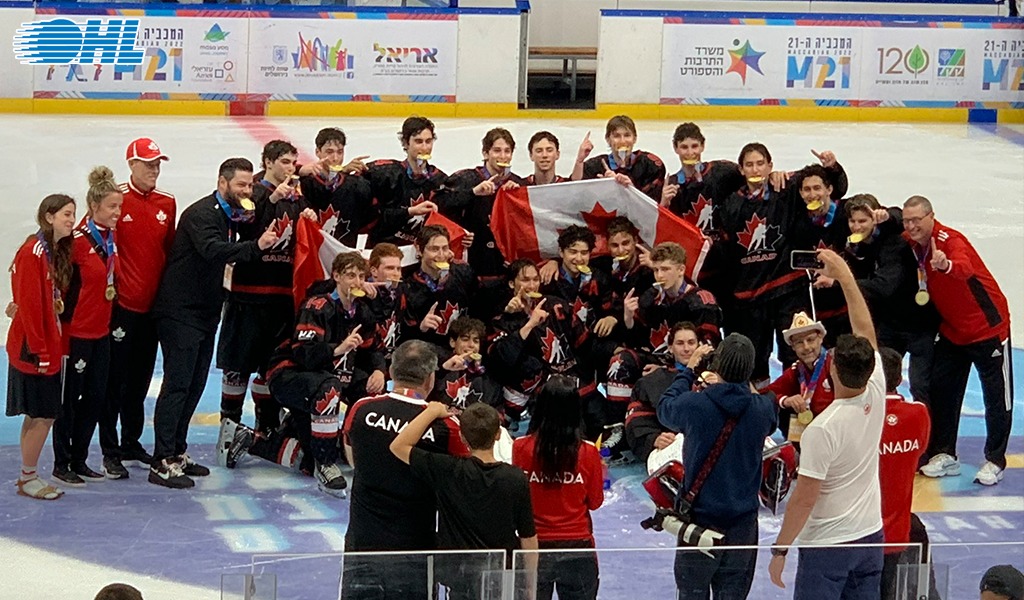 Future OHL talent was on full display as the Maccabi Canadian U18 Boys Hockey Team took home the Gold medal at the 2022 Maccabiah Games in Jerusalem, Israel earlier this week.

Team Canada had an excellent showing earning 51 medals throughout the tournament.

Congratulations to Canada’s U18 Boys Hockey Team (@MaccabiCanada) on capturing Gold at the Maccabi Games!

The team was managed by Zach Springer, who is a Special Ops Scout for the Kingston Frontenacs 👏📣#FrontsHockey https://t.co/NGUJQTPMaJ