Catching up with #OHLAlumni: Nick Ritchie 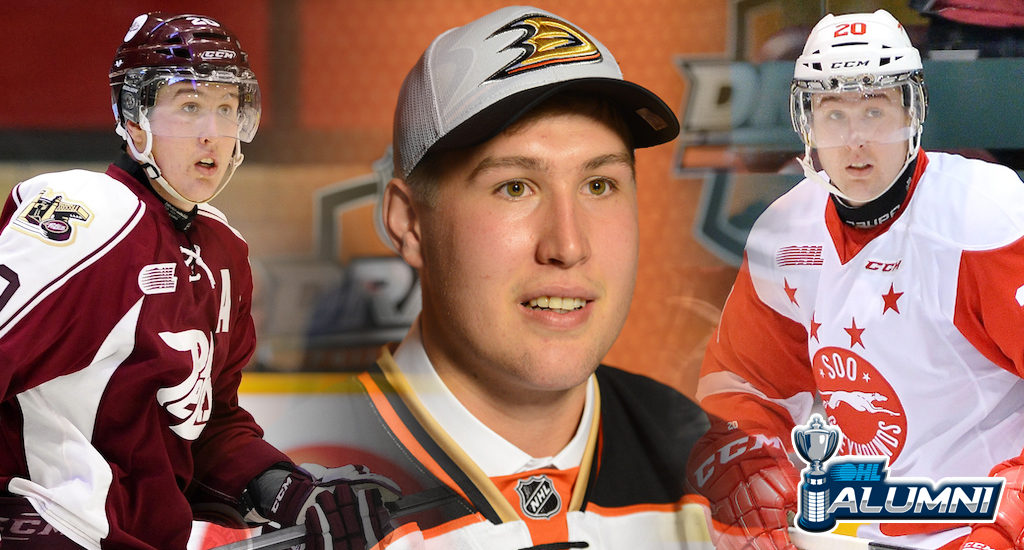 A name that’s been well-known by scouts and those familiar with the hockey scene in Ontario for some time now, Nick Ritchie’s young career is just getting off the ground.

The 6-foot-2, 230Ib. winger is still just 21-years-old but has already appeared in 110 regular season NHL contests after coming out of the OHL as a first round pick by the Anaheim Ducks in 2014.

Following in the footsteps of older brother Brett who skated with the Sarnia Sting and Niagara IceDogs from 2009-13, Nick burst onto the scene after being crowned an OHL Cup champion with the Toronto Marlboros, prompting the Peterborough Petes to select him behind Aaron Ekblad (Barrie Colts) with the second overall pick of the 2011 OHL Priority Selection.

The younger Ritchie didn’t need much time to become an immediate force both offensively and physically, being named a first team all-rookie before going on to win gold medals at the Ivan Hlinka Memorial Tournament, the World Under-18 Hockey Championship and the 2015 World Junior Hockey Championship in Toronto.

A player who entered the league as a 16-year-old with the strength and physique of a player much his senior, Ritchie says his time in the OHL with the Peterborough Petes and Sault Ste. Marie Greyhounds from 2011-15 went by like a flash.

“You start out so young and it’s pretty overwhelming, but as you get going you develop into a veteran and before you know it you’re playing in the NHL,” he reflected. “It was an awesome ride. I had a lot of fun in the OHL and I’m still having fun today.”

Ritchie followed up his 210-point (102-108–210) OHL career with two years of productive pro hockey in the Ducks organization, competing in the 2016 AHL All-Star Game in a season where he produced 16 goals, 14 assists and 30 points over 38 games while also appearing in 33 NHL games with Anaheim. Ritchie recently capped off his first full NHL season with 14 goals, 14 assists and 28 points in 77 regular season games.

Now lining up against familiar faces such as former Greyhounds teammate Darnell Nurse and star centreman Connor McDavid in Edmonton as well as Aaron Ekblad in Florida among several others, Ritchie’s time in the OHL feels like it was just yesterday.

“It wasn’t that long ago that I played against some of these guys in minor hockey and then in the OHL too,” he noted. “Now you get to face them the odd night in the NHL. Time really flies and you have to enjoy it while you can.”

One of a few members to attend June’s OHL Alumni Association Golf Classic that is currently playing in the NHL, Ritchie enjoyed the camaraderie with other graduates in Caledon as the event raised over $15,000 toward the Gudbranson Stem Cell Research Grant.

“It’s cool to run into guys with different interests and see the different directions that they’ve taken their lives,” he said. “Some guys continue playing the game and I’m lucky to be one of those while others take different paths, pursuing different careers.

“It’s nice to come back and have something in common with all these guys. This is a great thing to be a part of.”