Championship Series across the Canadian Hockey League to air on TSN 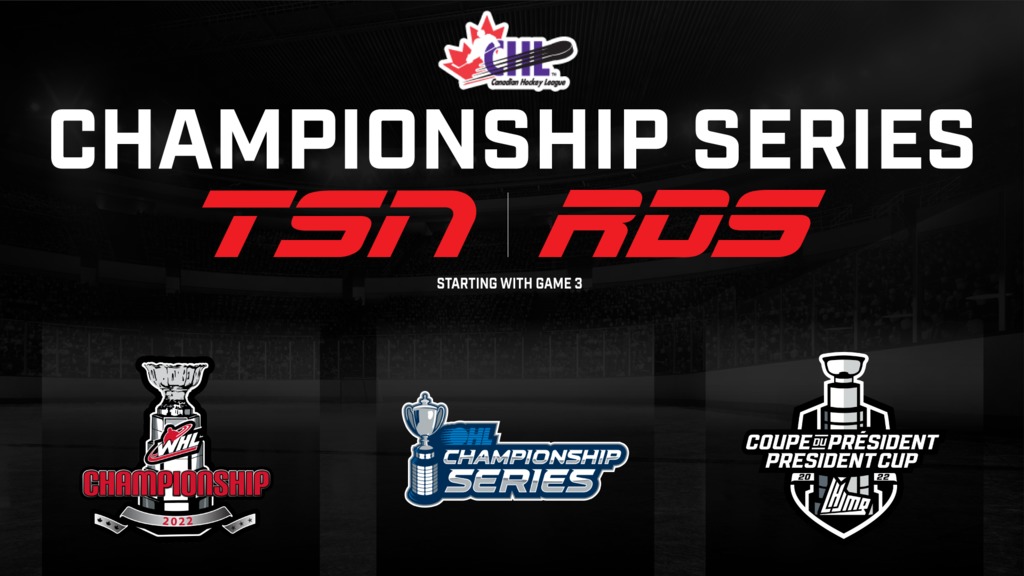 Postseason play is currently underway across the three member leagues, with all action available on CHL TV, before TSN begins its national coverage of each Championship Series from Game 3 onward, with RDS also delivering live coverage of the QMJHL Championship Final from Game 3 onward. Each league champion will then join the host Sea Dogs at the 2022 Memorial Cup presented by Kia to be held June 20-29 in Saint John with all games airing live on TSN and RDS and available via live stream on TSN.ca, RDS.ca, and the TSN and RDS apps.

In the OHL, four teams continue to compete – the Flint Firebirds, Hamilton Bulldogs, North Bay Battalion, and Windsor Spitfires – ahead the OHL Championship Final where the winner will be crowned with the J. Ross Robertson Cup.

As the home of the CHL, this season TSN became the League’s official broadcast partner, airing a selection of premier regular season games in addition to the full suite of CHL national events including the Kubota CHL/NHL Top Prospects Game and culminating with the 2022 Memorial Cup presented by Kia.