Chenard and Sedley commit to Attack 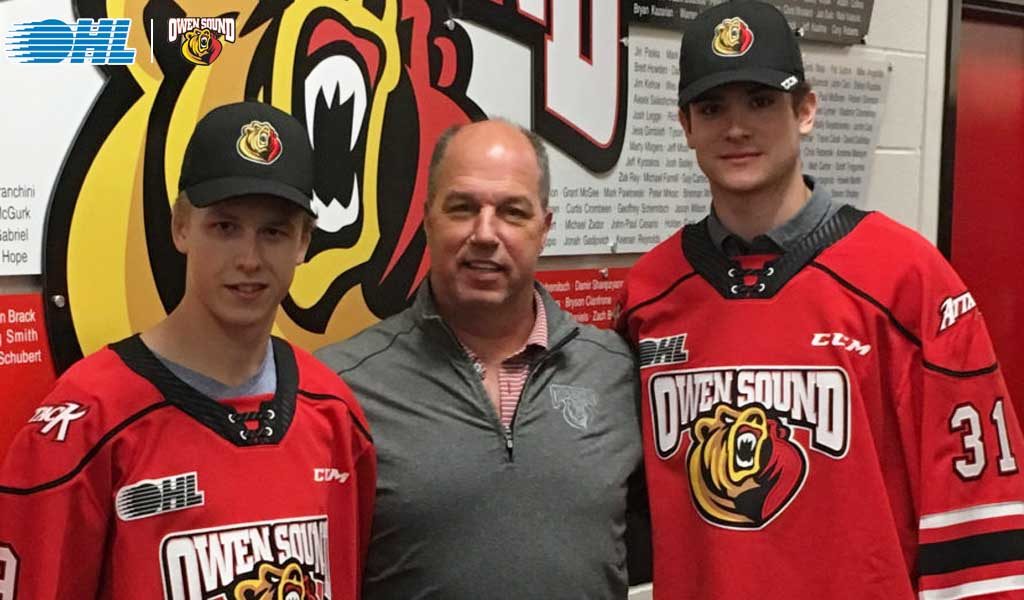 A 17-year old native of Tecumseh, Ont. Chenard was most recently with the Windsor Jr. Spitfires in 2018-19, playing 17 games with a 1.96 GAA.  Chenard was selected in the sixth round of the 2018 OHL Priority Selection.

“Chenard came into camp in good shape and ready to perform at the highest level,” said Attack General Manager Dale DeGray.  “He did just that with strong performances in all the scrimmages and practice sessions earning his spot with the club.”

Sedley, a 16-year old from St. Mary’s, Ont. spent last season with the Huron-Perth Lakers tallying 24 points in 33 regular season games while adding six assists in eight playoff contests.  Sedley was selected in the fifth round of the 2019 OHL Priority Selection.

“Sedley stood out all week long in training camp,” said DeGray.  “He played the same game he played in midget at a major junior level, and he’s going to continue to develop into a puck moving d-man for our team.”