CHL Leaders: Adam Campbell’s shift from the blue line to the financial world 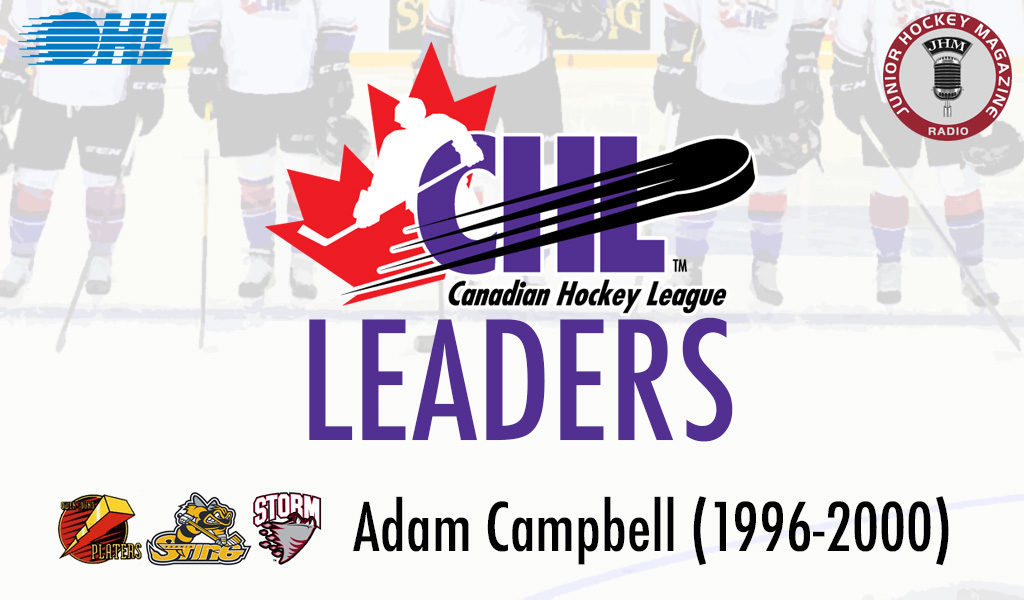 Adam Campbell wasn’t drafted into the National Hockey League, but the former junior hockey defenseman found his own way to remain in the game.

The Barrie, Ont., native, who suited up for the Ontario Hockey League’s Owen Sound Platers, Sarnia Sting, and Guelph Storm from 1996 to 2001, now runs his own company, Campbell Management Group, which specializes in financial administration for current and former NHL players.

Campbell’s ties to the game and his five seasons spent in the OHL proved vital in creating friendships and establishing relationships to help attract clients, while his Bachelor of Business Administration from the University of Prince Edward Island, where he also skated for four seasons with the Atlantic University Sport varsity squad, assisted in laying the groundwork to begin his own firm.

The importance of education was always a big part of the message during Campbell’s five seasons in the junior circuit.

“In my fourth year in the OHL, I came to the realization that playing in the NHL may not be in the cards for me and started looking at what I was going to do after hockey,” Campbell told Junior Hockey Magazine as part of its CHL Leaders segment. “I wanted to stay in hockey and really had a passion for finance, and I wanted to find a way to mix the two things together.”

Campbell’s entrance into the industry came with Wellington West, a financial services brokerage where he began as an investment advisor.

“I learned the ropes of what this business is all about and quickly realized that NHL players, and a lot of guys who I played with, need more than just somebody to manage their money,” Campbell explained, adding that his own organization takes more of a wealth management approach. “We deal with everything from managing assets, to creating budgets, bill pay, cash flow analysis, and immigration. We view our clients as the CEO and they hire us to be the CFO.”

While the former blue-liner has established a successful firm in a demanding industry, he’s also quick to credit the CHL scholarship program for helping kick start his career.

“Luckily for me, playing in Owen Sound for the first four years, school was a big part of playing in the OHL. It was one of the agreements I had with my parents when I moved away to make sure that school was a priority and that I was taking it serious and keeping up with my grades. To be able to get through it and come out the other side without any student loans was a huge motivating factor to go to school.”