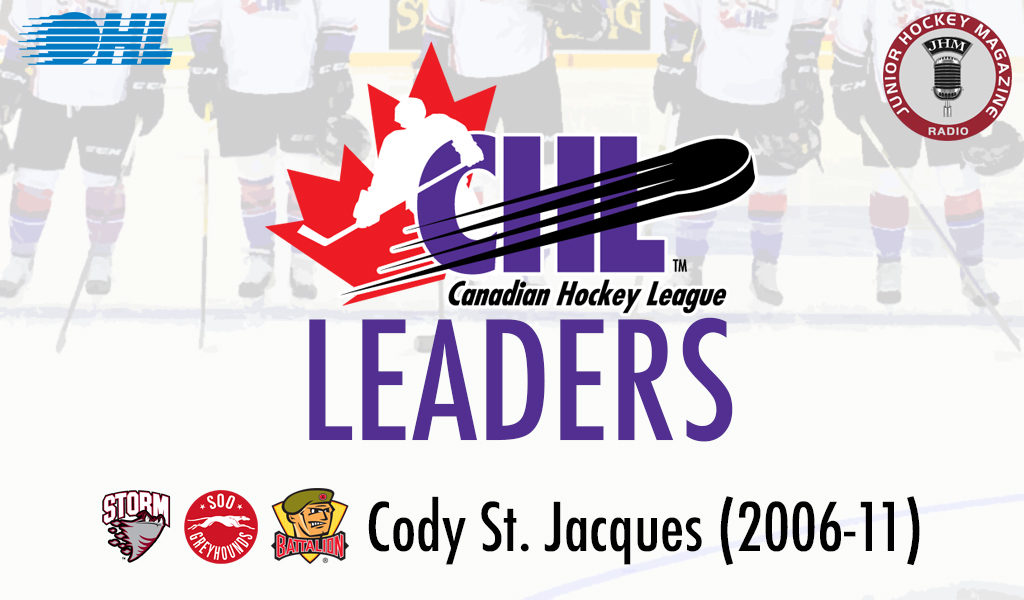 Building and establishing relationships is a big part of finding success as a realtor.

Fortunately for Cody St. Jacques, that was among the many skills he developed during his five seasons of stopping pucks with the Guelph Storm, Sault Ste. Marie Greyhounds, and Brampton Battalion from 2006 to 2011.

Now a sales representative with Coldwell Banker, St. Jacques often turns to what he learned in the junior hockey circuit to help him achieve success in his new career.

It all started after St. Jacques attended the University of Guelph to obtain degrees in economics and finance. When not in the classroom, you could find the Iroquois Falls, Ont., native at the rink, where he laced up the skates for another three seasons with the Gryphons. It made for a busy schedule, but one St. Jacques was able to thrive in thanks to his experience in the Ontario Hockey League.

“I look back and have a lot of memories of my on-ice time, but as much as anything, I think a lot of life lessons and the becoming of a man is what stands out more,” St. Jacques told Junior Hockey Magazine as part of its CHL Leaders segment. “Time with the guys off the ice and building relationships that I maintain today are the things that I look back on the most and cherish more than the wins and losses.

“As much as I appreciate what I learned on the ice and the skills that I developed, I think a lot of the success I can attribute to my post-hockey career comes from learning how to manage my time better and learning how to apply myself efficiently in areas outside of the rink in order to get the most of myself. That discipline that is instilled in you from a young age goes a long way.”

For St. Jacques, an untimely injury ultimately pushed him to decide on his future career path.

“In my fourth year, I was sidelined for eight months with a herniated disc in my back. That was kind of when the light went off for me that attending school was going to be important,” St. Jacques detailed. “I realized I might not have a place in my overage year, so I committed to the University of Guelph and fortunately had some success there.”

The CHL’s scholarship fund opened the doors to an education and a successful future for St. Jacques, who in attending school followed in the footsteps of countless CHL graduates.