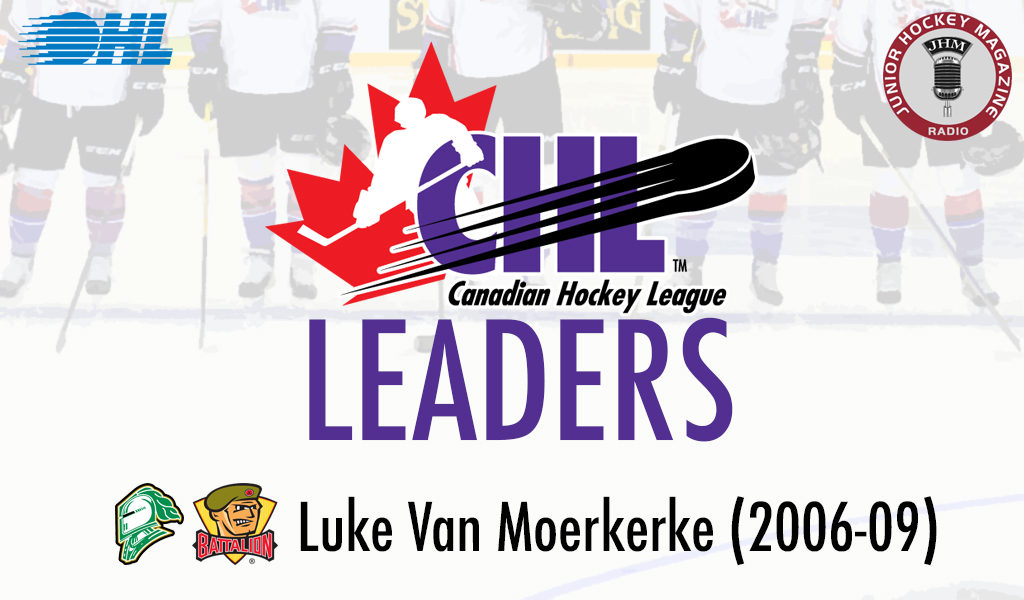 The former Ontario Hockey League forward, who suited up for the London Knights and Brampton Battalion from 2006 to 2009, played three seasons in the junior circuit before deciding to pursue academics at the University of Ontario Institute of Technology, where Van Moerkerke earned his business degree.

While at UOIT, Van Moerkerke also skated for another five years with the Ridgebacks, the university hockey program. It was at that time he met strength and conditioning coach Mark Fitzgerald, who later sparked his interest in the athletic training field.

“When I left the OHL, I kind of knew that hockey wasn’t going to be a career for me,” Van Moerkerke told Junior Hockey Magazine as part of its CHL Leaders segment. “I played as long as I could, but as far as figuring out what I wanted to do, I didn’t really have a clear cut answer for that until I was at UOIT when I got a part-time job. I got about three weeks into working there and said this is what I am going to do.”

“We roll athletes through the door all day,” Van Moerkerke shared. “About 90 percent of our athletes that come in and train with us are hockey players. We’ve got a couple OHL players and some pro guys, and we go all the way down to minor hockey with 10 and 11 year olds coming in just to learn. We’re working with kids and helping with some guidance, and they’re learning from some of my mistakes so I can help them out.”

Launching your own business is never easy, and it demands countless hours of commitment to ensure success. Fortunately, Van Moerkerke learned many transferable skills from his days in junior hockey that have proven invaluable in helping him run his own athletic training centre.

“With the CHL, it’s a big time commitment, between on-ice, bus trips, and time in the gym,” Van Moerkerke said. “When I started, I was in high school as well so you’re in school all day and you’ve got to do your homework, and then there is still the social aspect, so it’s not like when you leave the rink you never see your teammates. You couldn’t really procrastinate too much, so you learned to be very efficient at what you were doing.”