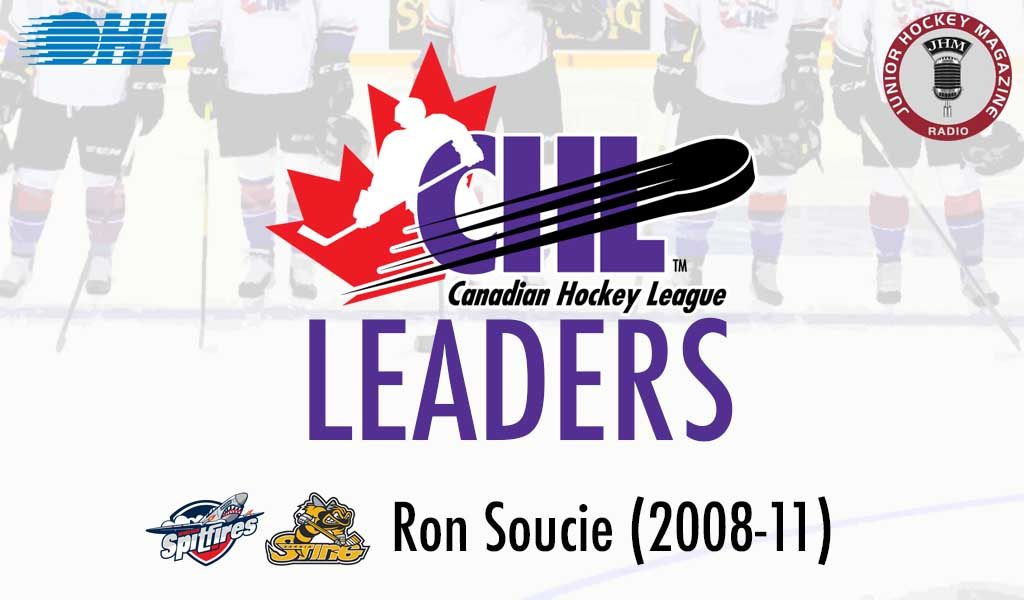 Three seasons in junior hockey instilled many life lessons in Ron Soucie, many of which he still uses today.

The former Ontario Hockey League defenceman, who suited up for three years with the Windsor Spitfires and Sarnia Sting from 2008 to 2011, now works as a materials planner for Flex-N-Gate, a Windsor, Ont.-based automotive industry supplier.

Soucie is responsible for an array of crucial day-to-day duties, including inventory control, material ordering, and team management. It’s a role that requires plenty of important characteristics in order to succeed, like effective time management. Fortunately, that’s one of the many key traits Soucie learned and developed during his days in the junior hockey circuit.

“The OHL was the best time in my life,” Soucie told Junior Hockey Magazine as part of its CHL Leaders segment. “I got to have a lot of experiences that a lot of other people didn’t get a chance to have, and I was fortunate to play on some good teams with some really good hockey players.

“It makes you grow up really quick. You have to grow up and be a man at a young age. You have to move away from home, with some kids moving away at 16, so you have to manage your work at high school and university and balance a very hectic and grueling schedule.”

Later concluding that a life in pro hockey was not in the cards, the LaSalle, Ont., native attended the nearby University of Windsor, where he excelled in the classroom and obtained his Bachelor of Business Administration.

“At some point in time, everybody kind of has to take a look and see where your future goes,” said Soucie, who remains involved in hockey as a volunteer coach. “I had an education package available and it was just a matter of time where I had to decide if I was going to go anywhere with hockey or if this was the end of the road. In my last year in the OHL I kind of realized that and put a lot of focus into my education and being realistic with myself.”

The post-secondary route became an option for Soucie thanks to his three years in junior hockey, granting him access to the league’s invaluable scholarship program.

“I would have been sitting in debt right now if it wasn’t for that,” Soucie said. “I know personally, a lot of the players in the OHL don’t come from a lot of money, and they’re going to have to pay for their education themselves, so it’s nice to have that package sitting there.”