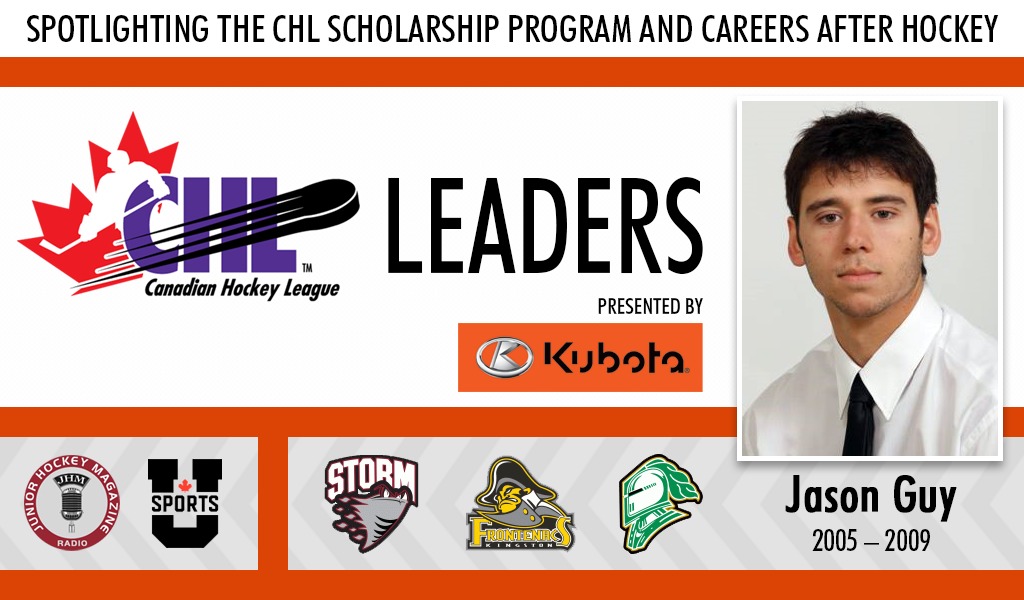 Jason Guy spent plenty of time staring down the score clock as a junior hockey goaltender so it is only fitting that his post-playing career has seen him venture into the world of timepieces.

The founder of Axel Watch, Guy’s ideation for the small business stemmed from his engineering background as a graduate of the mechanical engineering program at Ontario Tech University.

“I took my mechanical engineering and my AutoCAD skills and started this fun little side hobby that became actual watches,” Guy told Junior Hockey Magazine’s CHL Leaders presented by Kubota. “I designed a watch for myself and then designed a few for a couple of buddies. Fast forward two years and we have nine unique designs, we are coming out with two new collections very soon, and we have brought on and formed a team that is enabling this to grow and become a bit more than just a hobby.”

Suiting up for 109 career contests from 2005-09, Guy’s junior career spanned four seasons and included stops with the Guelph Storm, Kingston Frontenacs, and London Knights, with plenty of memories made along the way.

“I look back on it and I remember camaraderie in the room, the friendships made, and how small the hockey world is,” Guy added. “I am still in constant touch with people who are in it, and this is with me being 10 years out of it.”

More importantly, Guy’s four-year playing career also granted him a full academic scholarship that helped him realize success away from the rink.

“It’s very difficult to avert your attention from hockey. It may only be in your overage year that you entertain the idea that you need to focus on your Plan B,” Guy concluded. “It’s very important to focus on school. I was taking university courses and trying to keep my brain active, knowing there was a potential for me to go to university after my OHL career. It was something I didn’t even realize how important it would be four years later.”