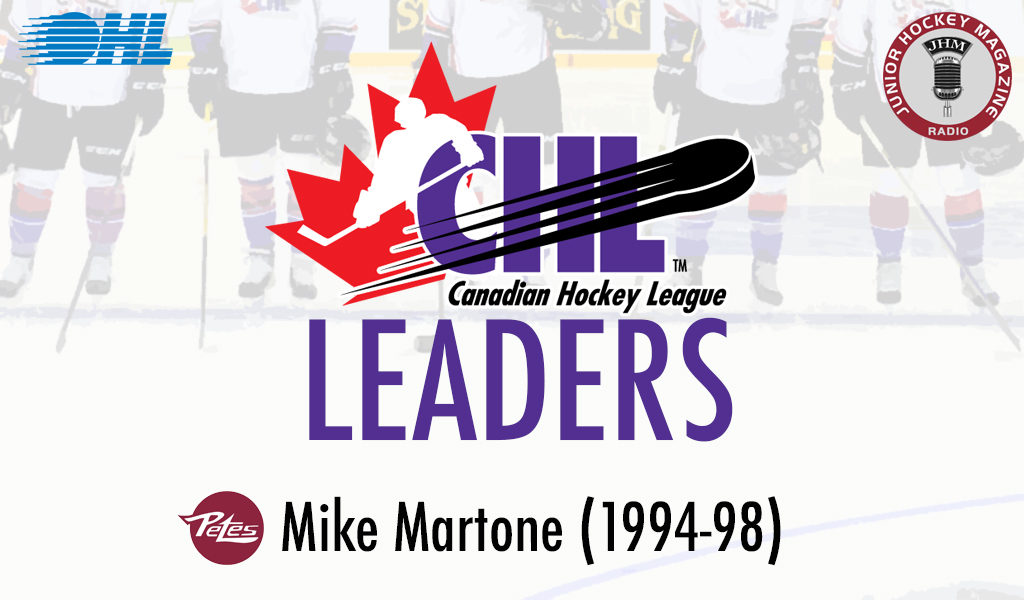 Lacing up for the Ontario Hockey League’s Peterborough Petes from 1994 to 1998, Mike Martone spent four seasons in junior hockey before moving on to the minors.

Three years followed with the ECHL’s Mississippi Sea Wolves before Martone decided his path forward would come through the classroom, as he went on to obtain a Bachelor of Science in Human Kinetics at St. Francis Xavier University, where he also suited up for the school’s Atlantic University Sport squad.

It was during that time that Martone sparked a passion for learning and what soon guided him to a career in the classroom.

“Teaching is a great opportunity and it’s a lot of fun. It’s like the dressing room, where you have your own room and you have the kids in front of you. Everyone has different roles in the classroom, everyone has different strengths, and we all have to work together. It’s my job as a teacher to find each person’s strength and to make it the best year possible.”

Goal setting is vital to school success, but it’s also a big part of life at the rink. Martone noted how during his second season in the OHL, the Petes had high hopes of hosting the 1996 Memorial Cup and made it a point to put their best foot forward for the chance to do so.

“We had to be one of the top rankings to put in a bid, so that was our focus and we ended up getting it,” Martone said. “We then ended up winning the OHL, so we went in (to the Memorial Cup) as OHL champions. The fans and the city got right behind us.”

While the Petes ultimately fell in the Memorial Cup Final to the Granby Predateurs, Martone noted that his biggest takeaway from his time in the junior circuit is the many great memories and friendships he formed. There was also the countless life lessons, and it is those same values that he now preaches to his students, both in the classroom and on the ice.

“Nowadays we teach the soft skills to students that we just naturally learned from the OHL or CHL experience,” Martone said. “We had to learn time management at a young age in balancing school, social and family life, and billet family life.

“I played for a great organization that really valued us and valued the benefits of education. We had to hold high standards in all areas. Having the opportunity to play in the OHL taught us so much, and not just on the ice, but more so off the ice so we could carry on to our careers after hockey.”