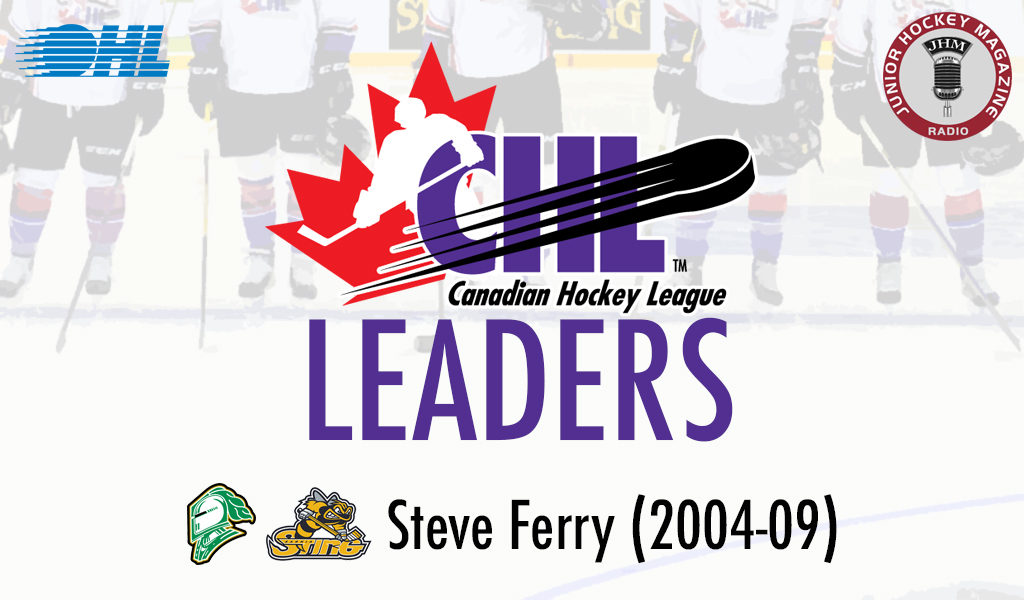 Steve Ferry’s five seasons in the Ontario Hockey League gave him an early taste of success.

Beginning in the 2004-05 campaign, Ferry was a part of a London Knights squad that pieced together a record-setting 31-game unbeaten streak in a season that ultimately culminated in the franchise’s first-ever Memorial Cup championship.

“I was just back in London for an alumni event a couple months ago and I was talking to (co-owners) Dale and Mark (Hunter), and I didn’t appreciate at all what I had there in who I was playing with,” Ferry told Junior Hockey Magazine as part of its CHL Leaders segment. “I remember a couple years later when I was playing on some losing teams just how good it was (in London) and how automatic it was that we were going to win. It was either win or it was a failure. That was kind of the attitude that they had.”

Shipped to Sarnia during the 2005-06 campaign, Ferry spent the final four seasons of his OHL career with the Sting before moving on to the University of Windsor, where he suited up for the varsity Lancers for another four years while also obtaining his bachelor of commerce and economics.

Following graduation, Ferry was bit by the travel bug, and coupled with his educational background, it ultimately led him to his current position with PwC in the Cayman Islands, where today he serves as a senior associate.

“I just wanted to go somewhere,” Ferry explained. “PwC has offices in literally every country in the world. The Caribbean looked neat and I applied almost not even seriously, and within a couple of weeks they sent an offer.

“I was at a point where I wasn’t quite sure what I was doing. I was just working hard every day and figured I’d go there with a year-and-a-half contract then come back and do things in Canada. But once I got here, it was a lot better than I expected.”

It’s an opportunity that Ferry realizes came to fruition thanks in part to his time in the CHL, where his five seasons earned him access to a generous scholarship program and the educational opportunities that followed.

“To be able to continue working toward hockey and getting a full university education that also got me a job right out of school was a great thing to have in my back pocket,” Ferry said. “It made the transition easier and it allowed me to keep pursuing hockey, but it also made it so that I’ve got something if it doesn’t work out and I don’t need the game of hockey to carry on my life.”