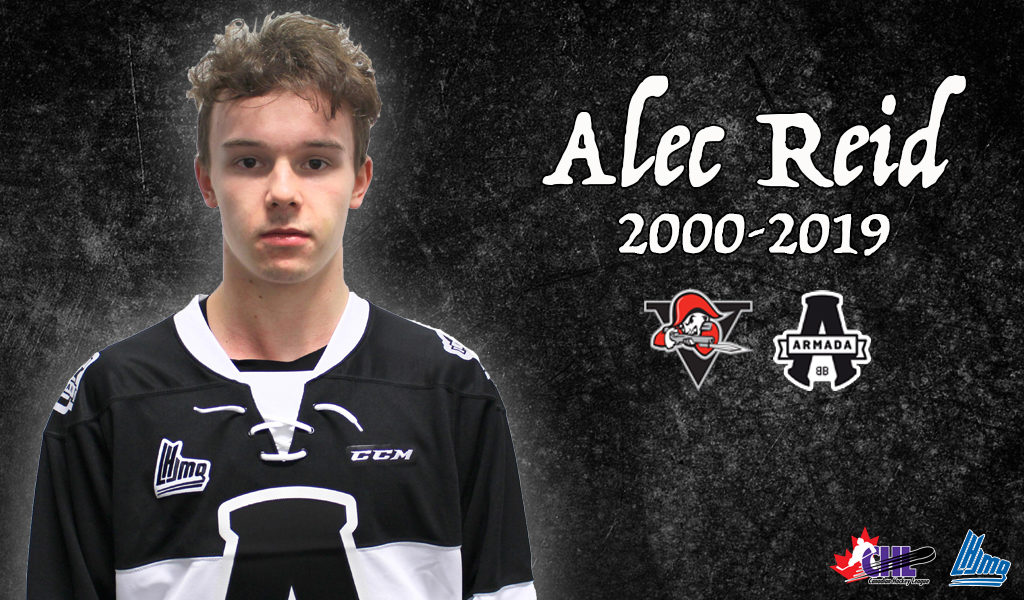 Boucherville, QC – The Canadian Hockey League family is mourning the loss of Blainville-Boisbriand forward Alec Reid who died unexpectedly Sunday morning at the age of 18. He was with his loved ones when he passed away earlier today due to complications related to epilepsy.

Reid had been closely monitored by a doctor and a neurologist due to epilepsy for quite some time. Over the course of the past few weeks, the Armada had been working in close collaboration with his physicians because of recent epilepsy seizures. Due to concerns over his condition, Reid hadn’t played since February 19, 2019.

“We are devastated to learn that a member of the QMJHL family, Alec Reid, passed away earlier today. It’s heartbreaking to have a young man who has his whole life in front of him pass away this unexpectedly. I would like to extend my deepest condolences to Alec’s family and to his many friends. As a league, we are going to do our outmost best to support them as well as the Blainville-Boisbriand Armada organization throughout these trying times,” said QMJHL Commissioner, Gilles Courteau.

Reid, a seventh-round pick of the Victoriaville Tigres in 2017, made his QMJHL debut at the beginning of the 2018–2019 season with the Drummondville Voltigeurs. After playing 26 games with the Voltigeurs, he was traded to Blainville-Boisbriand in January.