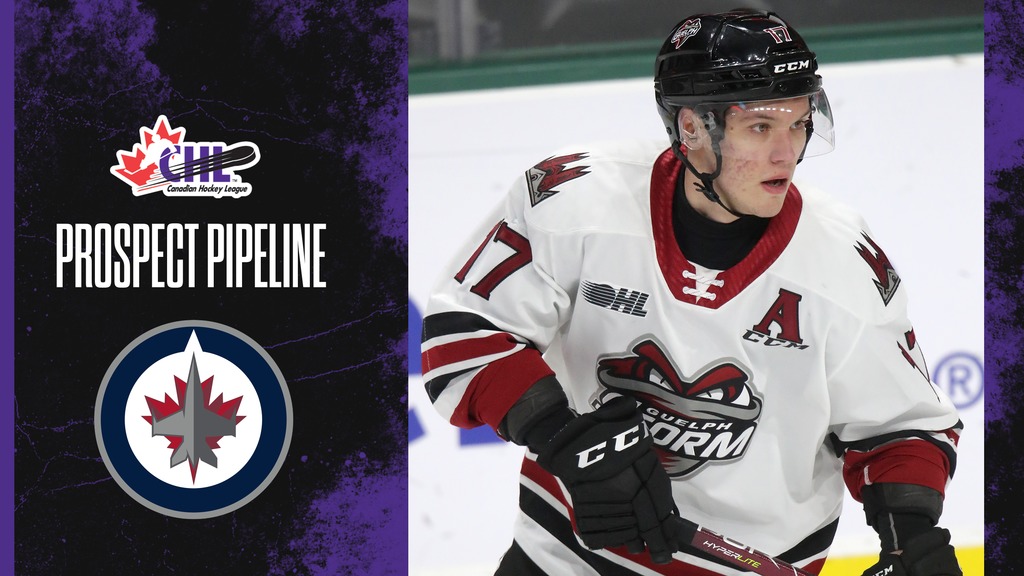 CHL Prospect Pipeline highlights those who played in 2021-22, who were born in 2001 or later, and are signed by or on the reserve list of an NHL club.

A throwback-style rearguard who prides himself on his defensive acumen, Bauer is also a natural leader who has held the captaincy for the past two seasons with the Seattle Thunderbirds. Making 32 appearances with the club last season, the 20-year-old product of Cochrane, Alta., also continued to be a steady offensive presence from the back end as he chipped in with five goals and five assists. A 2020 sixth-round selection by Winnipeg, Bauer signed his entry-level contract with the club in May.

An athletic goaltender whose efficient movement allows him to stay square to shooters, DiVincentiis debuted with the North Bay Battalion last season where through 27 appearances he found the win column on 14 occasions coupled with a .907 save percentage plus a 2.59 goals-against average that ranked tops among all OHL first-year netminders. In recognition of his strong performance, the 18-year-old native of Bolton, Ont., was named to the OHL Second All-Rookie Team. The accolades then continued for DiVincentiis as he heard his name called by Winnipeg in the seventh round of this summer’s NHL Draft.

A strong two-way defenceman, the Belarusian import made a seamless transition to the North American game as through 57 appearances with the Flint Firebirds in 2021-22 he paced all team defencemen with 44 points counting 18 goals and 26 assists. The 19-year-old then continued his exciting productivity into the postseason where he added another 13 points in 19 outings. A 2021 third-round selection by the Jets, Kuzmin landed his first contract with the team last August.

An excellent skater who excels in all situations, the quick-footed centre showed great offensive progression as a sophomore where through 66 appearances with the Guelph Storm he ranked second in team scoring with 55 points counting 23 goals and 32 assists. Chosen 14th overall in the 2019 OHL Priority Selection, Zhilkin has notched 70 points over 126 career contests in the junior circuit. An 18-year-old native of Mississauga, Ont., Zhilkin has also seen success on the national stage as he helped Canada to a gold-medal victory at the 2021 Under-18 World Championship. Zhilkin was chosen by the Jets 77th overall in this summer’s NHL Draft.