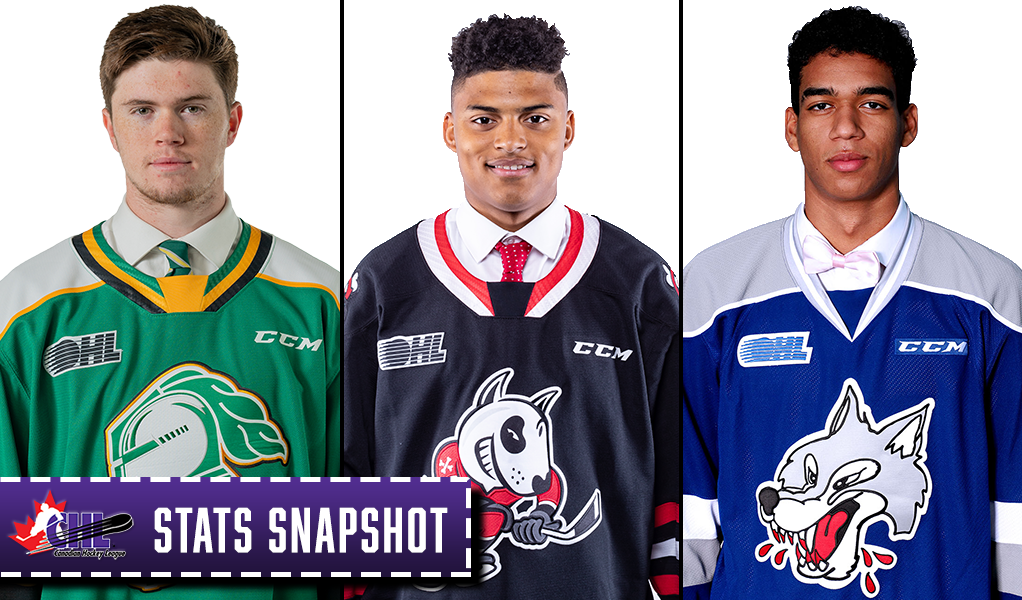 Talent from across Ontario and beyond was on display for Team OHL at the 2019 CIBC Canada Russia Series:

Among a four-way tie for top spot in Team OHL scoring was London Knights forward and Washington Capitals first-round pick Connor McMichael, who found the back of the net in both contests at the 2019 CIBC Canada Russia Series.

After coming away with the insurance marker in a 4-1 final in Game 3, the Ajax, Ont., native then shined in front of the home crowd in London on Monday as he potted the game-opening goal midway through the first frame in a hard-battled 3-2 shootout win for Russia.

With the Knights this season, McMichael has been a dominant offensive presence as he leads the squad with 41 points counting 19 goals and 22 assists across 16 appearances, good for a 21-point margin on the team’s next highest scorer in addition to top spot across the OHL. McMichael, 18, put up his best showing this season with a six-point night against the Erie Otters on Nov. 1 in which he finished with a hat-trick plus three helpers in a 7-6 overtime victory that saw him claim first-star honours.

Thomas, who came away with one goal and one assist – with both points coming in Game 3’s 4-1 decision – initially drew a primary assist on Cole Perfetti’s eventual game winner before lighting the lamp himself late in the final frame.

Back in Niagara, Thomas continues to push the pace offensively for the IceDogs as this season he has registered 27 points counting nine goals and 18 assists across 17 appearances. The Los Angeles Kings prospect put on a show against the Kingston Frontenacs earlier this season when he finished with five helpers in an 8-4 final, helping him earn recognition as the game’s third star.

Dominant down the middle, Sudbury Wolves centre Quinton Byfield continues to show what makes him a top prospect for the coming NHL Draft in Montreal.

In two appearances with Team OHL, the budding pivot finished with two assists, with each coming in his side’s 4-1 victory in Game 3 that saw Byfield earn recognition as the Player of the Game.

Across 20 appearances with the Wolves this season, the Newmarket, Ont., native has collected 14 goals with 24 assists to sit with 38 points and second place in OHL scoring. The reigning CHL Rookie of the Year began the season with a six-game point streak totaling seven goals and nine assists. That stretch included one of two four-point outings for Byfield this season as an early October contest against Peterborough saw him finish with one goal and three assists in a 9-6 final.