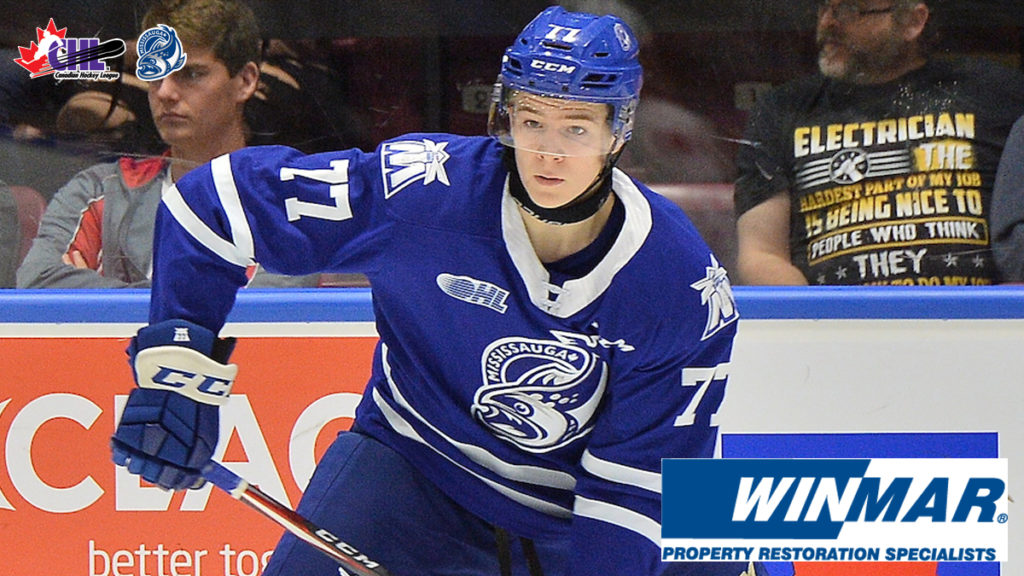 A hulking defenceman who brings size and strength to the back end, Mississauga Steelheads rearguard Ethan Del Mastro also possesses intriguing offensive instincts that he hopes to unleash when the OHL returns to play for the coming campaign.

Originally chosen with the 12th pick in the 2019 OHL Priority Selection, the budding blue-liner made his debut with the club the following season, making 57 appearances while picking up seven points. A projected early round selection in the upcoming NHL Draft, the Freelton, Ont., native has also earned international opportunities with his strong play, highlighted by a gold-medal victory with the Great White North at the recent IIHF U18 World Championship.

Del Mastro reflected on his play with the Steelheads, how he is preparing for this summer’s NHL Draft, and more in the latest edition of the CHL Sunday Spotlight presented by WINMAR:

What advice have you received ahead of the upcoming NHL Draft?

Some of the advice I have received ahead of the upcoming NHL Draft would be that the work starts after the draft. Being selected is obviously awesome, but it doesn’t really start until after you are selected and you have to work to get on that team.

What was your favourite moment from your first season with the Steelheads?

My favourite moment from my first season in Mississauga would definitely have to be the Superhero Night game. It was a tremendous game, a 4-3 comeback win in overtime. The jerseys we were wearing were sick.

Which area of your game has seen the most improvement?

What was it like to win it all with Canada at the U18s?

Winning gold at the under-18s was an incredible experience. Any time you can put on the Canadian jersey and play for your country is amazing. To win that tournament is a bonus. We had an unreal group of guys and a tight locker room. I am going to miss a lot of the guys. Overall, it was a great experience.

Which NHL player do you model your game after?

An NHL player who I model my game after would definitely have to be Ben Chiarot of the Montreal Canadiens. I have been watching him a lot in these playoffs. He is a huge part of that Montreal team and a reason why they are doing so well.