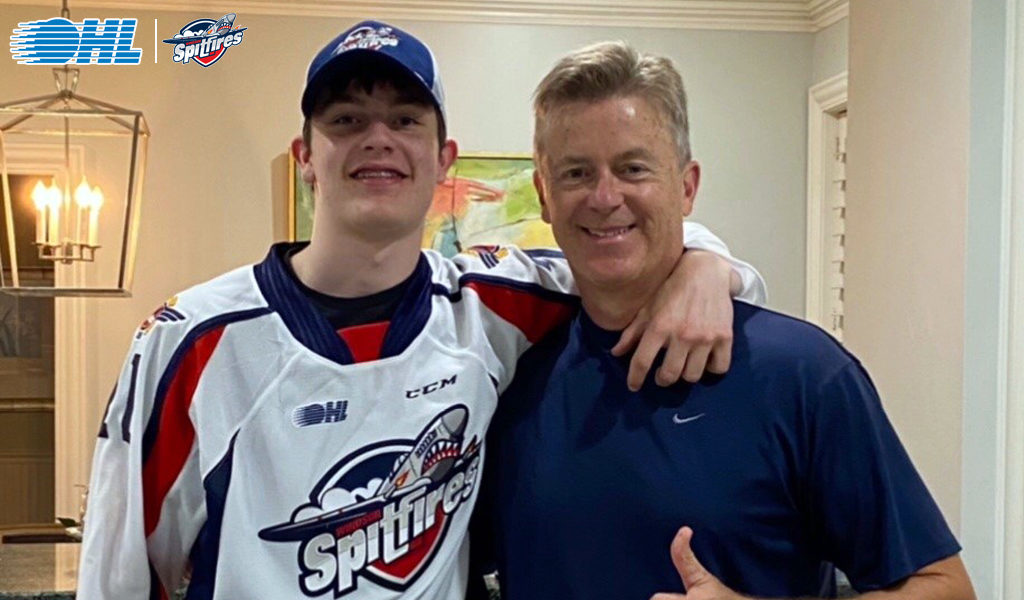 WINDSOR, ON – The Windsor Spitfires announced Thursday that 2021 fourth round selection Chris O’Flaherty has signed an Ontario Hockey League standard player agreement with the Hockey Club and is set to suit up for the Red, White and Navy in the 2021-22 season.

O’Flaherty is a 6 foot, 195lbs winger from Chicago, Illinois who played his minor hockey with the Chicago Young Americans.

With the 73rd overall selection in the 2021 Ontario Hockey League Draft, the Windsor Spitfires claimed the rights to a skilled goal-scorer in the 2005 born draft class.

The Chicago Young Americans player had a spectacular 2020-21 season that saw O’Flaherty collect 70 points including 44 goals in forty-six games.

“It is a relief, I am so excited, there is a lot of hard work coming into the league, and playing against older players will be tough but I am excited to get to work and for camp,” Chris O’Flaherty said on signing with the team.

“We are happy to have Chris join the Windsor Spitfires organization,” said GM Bill Bowler. “Chris is a skilled goal-scorer and it will be exciting to watch him develop here in Windsor.”