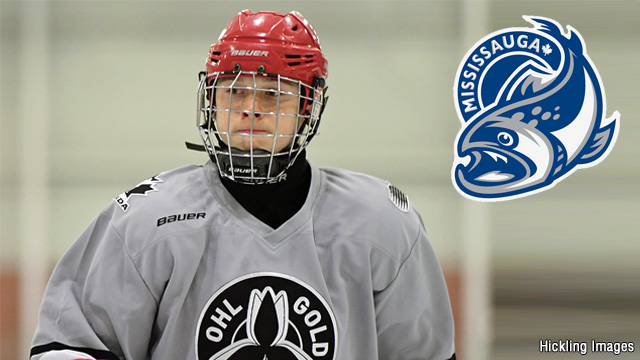 Mississauga, ON – The Mississauga Steelheads are pleased to announce the commitment of forward Cole Schwindt.

Schwindt, a product of the Kitchener Jr. Rangers, was selected by the in the fourth round (69th overall) of the 2017 OHL Priority Selection.

Schwindt recorded 27 points in 31 games during his Minor Midget year with the Jr. Rangers. The Kitchener, Ont. native added another five points in just five games for Team ALLIANCE during the 2017 OHL Gold Cup.

Schwindt is a welcome addition to the Steelheads’ lineup and has drawn some heavy praise from general manager and head coach, James Richmond.

“We are excited to add Cole and his family to our Steelheads family,” Richmond said on Thursday as the Schwindt family visited the Hershey Centre. “Cole is a big strong player that thinks the game very well. We look forward to seeing Cole in his new Mississauga jersey this season.”

Schwindt is the fourth player from the 2017 OHL Priority Selection to sign with the Steelheads, following the additions of Thomas Harley (D), Keean Washkurak (F), and Matthew Dunsmoor (G).