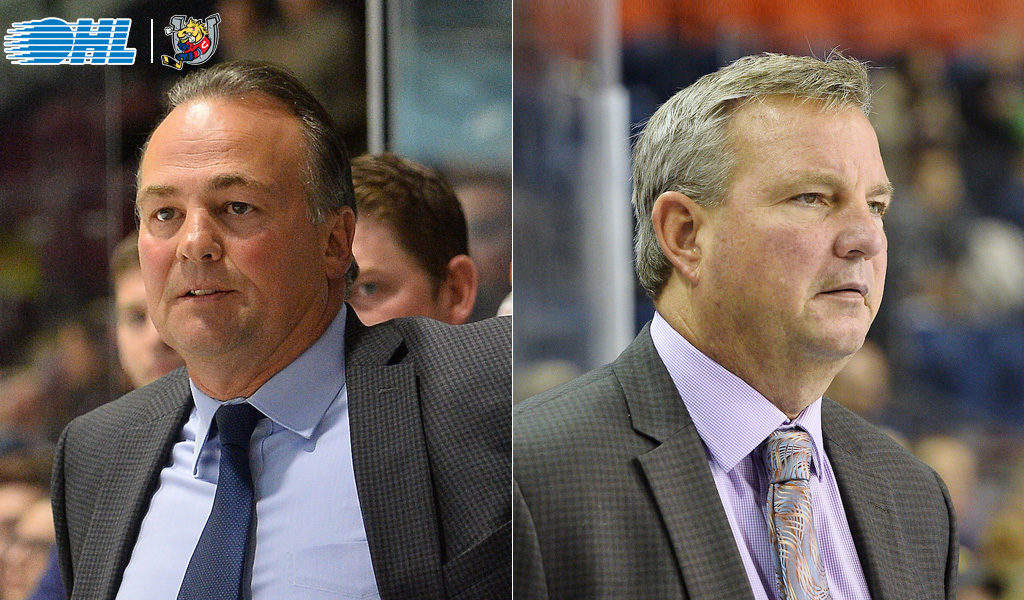 Barrie, ON – The Barrie Colts announced Saturday that the club has re-signed head coach Dale Hawerchuk to a four-year contract extension.

The longest serving head coach in Colts franchise history, Hawerchuk recently wrapped up his ninth season behind the Colts bench. Despite missing the playoffs in 2018-19, Hawerchuk owns a 305-269-38 record over 612 career regular season games, making the playoffs in seven of his nine years with the club. He guided the team to an Eastern Conference Championship in 2013, a series they’d return to in 2016.

Along with an impressive coaching resume, Hawerchuk’s on-ice career speaks for itself. The Hockey Hall of Fame inductee sits 20th in all-time NHL scoring with 1409 points including six 100-point seasons.

“We’re thrilled to have Dale staying as head coach of the team,” said Colts president Howie Campbell of the announcement. “Dale shares our passion and desire to bring a Memorial Cup here to Barrie and that shows with a new four-year commitment to that goal.”

The Colts also announced that former head coach and general manager Marty Williamson will be making his return to the club in the role of Senior Advisor to the Director of Hockey Operations. Williamson will also continue in his role as head coach of the Brock University Men’s Hockey Team alongside his new responsibilities.

A native of Markham, Ont., Williamson spent six years behind the bench in Barrie from 2004-10, guiding the team to an Eastern Conference title in his final season. He spent an additional six season as head coach and general manager of the Niagara IceDogs from 2010-16 and sits 11th in all-time OHL coaching victories with 457.

“Marty returns to our team bringing tremendous experience and a strong commitment to winning,” noted Campbell. “He has had success at every level and we know he will be a great addition in shaping Barrie’s future with Dale (Hawerchuk) and Jason (Ford).”