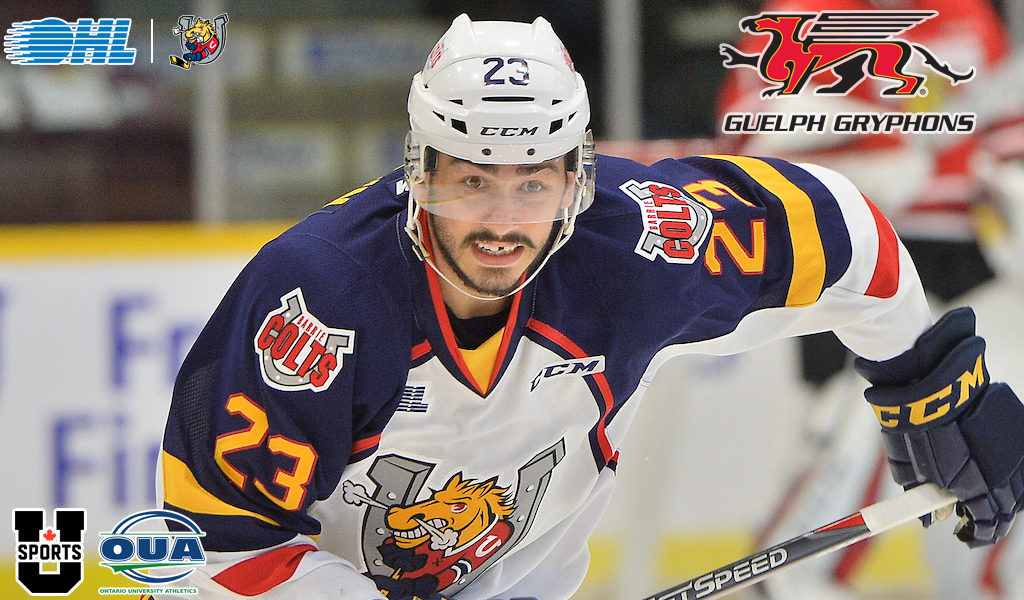 The University of Guelph Gryphons announced via Twitter (@gryphonsmhky) on Monday that Barrie Colts overage graduate Aidan Brown has committed to their men’s hockey program for the 2020-21 season.

Brown, 20, comes off a 47-point (20-27–47) season rounding out a five-year career spent entirely in Barrie. The right-winger from Newmarket, Ont. played in 275 career contests, the third-highest total in Colts franchise history. He accumulated 46 goals, 60 assists and 106 points in his OHL career after being a third round pick from the York-Simcoe Express Minor Midgets in 2015.

The Gryphons come off the program’s first Queen’s Cup title as OUA champions since 1997 as Kingston Frontenacs graduate Ted Nichol scored the triple-overtime winner to help them defeat the Ottawa Gee-Gees on home ice.