Colts’ Del Monte to play for Germany at 2022 World Juniors 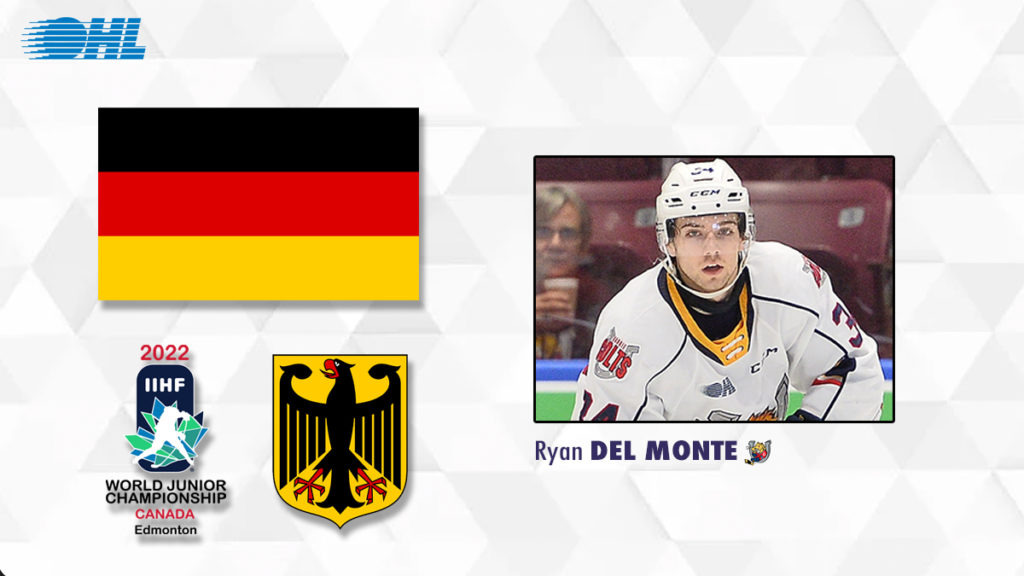 Barrie Colts forward Ryan Del Monte will be making the trip to Edmonton, suiting up for Germany in the International Showcase that gets underway on Tuesday.

Del Monte was born in Freiburg, Germany when his father Dan, who was also a one-time forward for the Peterborough Petes and Sarnia Sting, played professional hockey there. Del Monte played in Germany during the 2020-21 Covid-19 affected season, recording 14 points (3-11–14) in 32 games for the third division Hannover Indians.

Germany hits the ice on Tuesday, opening their tournament against the United States.