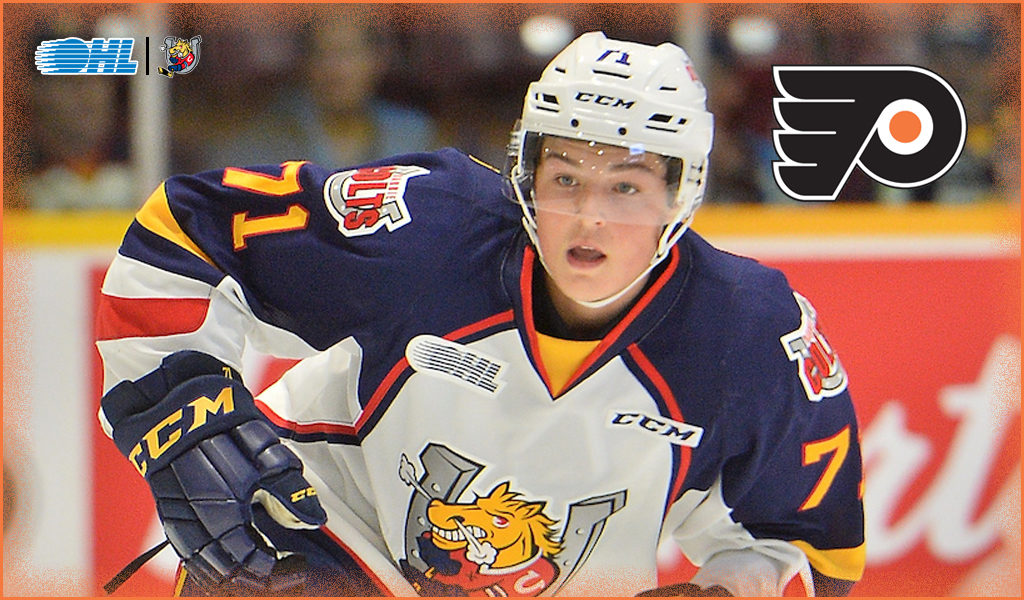 “Tyson obviously has a lot of offensive gifts. He can shoot the puck tremendously well. Goal scorer. Playmaker. Great hockey sense. Really good size. He’s got a lot of attributes,” said Fletcher after Day 1 of the Draft. “I think the good thing about Tyson was very good with self-awareness, of his strengths and the areas that he needs to improve. He’s worked very hard on those areas during the pause. We expect he’ll continue to develop into a pretty good player.”

* His 80 points were 33 more than the next closest teammate AND were 57 more points than his rookie season when he had 23 points in 64 games.

* He played in the 2020 CHL/NHL top prospects game where he was named Player of the Game for team white after he posted three points (2g-1a) in the contest.

* He is known as one of the best pure shooters in the 2020 Draft, possesses a booming right-handed one-timer. Also has a deft touch near the net. Although better known as a goal scorer, he is a slick passer as well. Strong offensive instincts.

What the scouts & analysts say on Foerster:

Brent Flahr, Flyers Vice President & Assistant GM
“He’s physical with his size. His offensive hockey, specifically he shoots the puck, certainly made him attractive when we were picking. I feel he has tremendous upside.”

Rick Pracey, Flyers Scout
“First off, we’re real happy to add that offensive dimension to the team. Excellent hockey sense. His offensive ability. His blue lining game is very attractive to us. He has size. He can shoot the puck. He can really make plays for a big guy.”

Craig Button, TSN Analyst
“Plays the game in all areas and all situations. He plays with skill, smarts and is very competitive. He has progressed significantly in two seasons and as he becomes more mature, he will only get better.”

Bill Meltzer, PhiladelphiaFlyers.com
“Barrie was a middling team this past season but Foerster was the club’s biggest bright spot. He is right up with a select few players in the Draft as a pure shooter — one publication ranked him 3rd in that category, one spot ahead of even Alexis Lafreniere. Good size, and could play at about 205 or even 210. For all you hear about his shot, he is a fine passer, too. The rest needs time to develop; his feet and attention to off-puck detail. The skating concerns are an issue at this point in his career, but something that can be worked through.”