Colts’ Jelsma has gained valuable experience on the farm 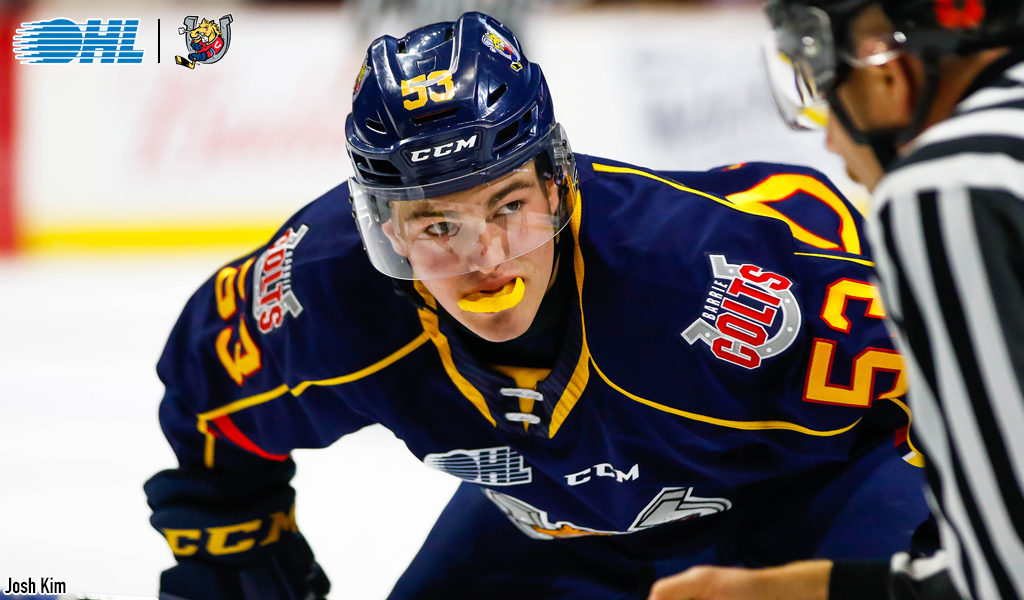 For many, the traditional “hockey life” is one filled with complexity. Those who are fortunate enough to play the game often find themselves situated in communities where the sport’s presence is evident.

Places like Toronto and the surrounding GTA have become synonymous with hockey, and those who live there, players who dream of making the NHL, often become intertwined in a hectic schedule between school, hockey and life as a whole.

But for Colts forward Beau Jelsma, his “hockey life” could not be more different.

Growing up in Delmer, Ontario, which is a smooth 40-minute drive southeast of London, life back home is much simpler, as the Jelsma household continues to place an emphasis on farming.

“Delmer is pretty much a village,” Jelsma chuckled. “We had just built a house out in the country back in 2012 so I grew up there and went to school in Tillsonburg. I’m a farm boy, I love being on the farm.”

“My dad grew me up in it,” he continues. “So if he told me right now to go feed some cows, I’d have no problems doing it.”

With agriculture playing a prominent role in another rural town in Ontario, Jelsma’s summer lifestyle shifted accordingly when he began taking hockey more seriously. While other kids his age might’ve been working retail jobs or serving food, Jelsma was on the farm, doing “anything and everything.”

“I work out every morning around 8, and then I’d hit the ice for a couple of hours. That’s where I’d get all my skills in and truly work on my game,” Jelsma recalls, thinking of his own summer routine. “In the afternoon, I’d go to work until supper time, but with farming, you never really know what your day is going to look like so it all depends.”

During the offseason, Jelsma spends most of his afternoons with Norpac Beef, a meat wholesaler based out of Norwich, Ontario. As the open fields and fresh air provide quite the contrast to rinks built for hundreds of fans, Jelsma explains how he’s found passion in his farming responsibilities.

“Usually, I’ll go feed cows after hockey and do some tractor work. I’ll walk through the cattle and make sure they aren’t sick. If they are sick, I’ll treat them so I’m pretty much a nurse in a way,” he says with a smile. “During wheat harvests, I’ll run a grain cart and I’ll be helping unload while other farmers are combining. It’s pretty fun.”

Beau Jelsma (@JelsmaBeau) with a ✨scintillating✨ display of passing to Nick Porco (@71NPorco) which gets the @OHLBarrieColts on the board in the Nickel City 🎥 pic.twitter.com/kdlw0QaEGA

During one of his summers on the farm, Jelsma recounts a frightening, yet humorous, story on the things that can happen in the country.

It’s probably 11:30 at night and I’m bringing cornstalk bales back to the farm. And some of the cows aren’t used to a tractor just yet, they’re new to the farm, so I park the tractor and a wagon by the farm with the lights on to start unloading the bales. The cows see the tractor and the lights and they get spooked, there’s probably 300 or so cows in this little barnyard, and they all charge the fence and break it. So it’s the middle of the night, pitch black, and there are 300 cows all over the field, all over the road. I called my boss and he raced over and we didn’t end up losing a single one. It was scary but looking back, it was pretty funny.”

While every day might not be as entertaining as the one where Jelsma watched 300 cows break down a fence, his experiences away from the game differ greatly compared to other teenagers, and the simplicity and familiarity of farming helps keep Jelsma’s passion going strong.

As the winter would roll around, the farming would settle down, which allowed Jelsma to focus solely on hockey. Growing up in a town of less than 8000 people, finding a competitive hockey team to stick with presented an intriguing challenge to the Jelsma family and at times, they would be driving anywhere between 45 minutes to over an hour for games.

Having played for a slew of different teams before being drafted by the Colts, Jelsma never let distance stop him from pursuing his hockey aspirations.

“Honestly, I didn’t think much of the travel,” he says with a grin. “I love hockey, so if I had to drive halfway across the world for it, I would.”

With his passion for the game in the right place, Jelsma was also quick to credit those around him for simply getting him to an arena on time.

“My parents and my grandparents (both sets of grandparents), they really helped out. I would catch rides with friends when I could but my family played such a big role in my hockey career.”

If driving their son all over the province wasn’t a clear enough indication, Jelsma’s parents are dedicated to providing him with the support he needs to succeed. Whether that be on the farm or on the ice, Jelsma acknowledges the importance of staying connected to his family while he’s away from the country.

“I usually FaceTime my parents 4 or 5 times a week, but I also see them after games. I don’t think my dad has missed a game yet,” Jelsma laughs. “Both my parents will come up to Barrie for games just so they can be a part of what I’m doing here.”

All in all, when the cooler temperatures fade and the warmth of the summer months return, Jelsma knows what to expect when he heads back home. He knows that he’ll get his hockey fix in the morning. He knows he’ll find himself on the farm in the afternoon. He knows he’ll have to feed and treat cattle when the time comes.

But perhaps more importantly, he’s learned that farming and hockey can and should co-exist in his life. He’s immensely passionate about both, and the two have played a crucial role in his life ever since he can remember.

As he’s experienced more day-to-day work on the farm, Jelsma has simultaneously progressed through the higher levels of hockey, and the mindset needed to work and play at an elite level is something that he always carries with him.

“A big part of my mindset is working smart, in both hockey and on a farm. You have to be smart on a farm, you have to know what you’re doing,” says Jelsma. “The same goes for hockey. You can work hard but you have to work smart, you have to make plays and just be aware.”

Even his physical habits in hockey have drawn influence from his farming life.

Jelsma acknowledged that his passion for both farming and hockey has developed partly because of the balance of both. He would get his hockey fix in the winter, and then escape from the game in the summer; an ideal lifestyle for a kid from the country.

In his first full season with Barrie, Jelsma’s contributions haven’t gone unnoticed by fans and coaches alike. And with his first year of draft eligibility also in full swing, he can’t help but fantasize about what the next few months have in store.

“It would be a dream come true, that’s for sure,” Jelsma says when asked about what it would be like to hear his name called at next year’s NHL Draft. “Every little kid growing up watching hockey dreams of making the NHL and getting drafted is getting one step closer so it would be awesome.”

But even still, as much as he’s dreamt about it, Jelsma knows that drowning out the noise will only further improve his game on and off the ice. 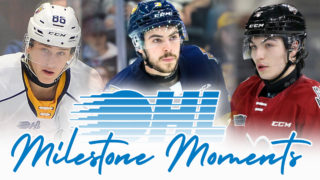