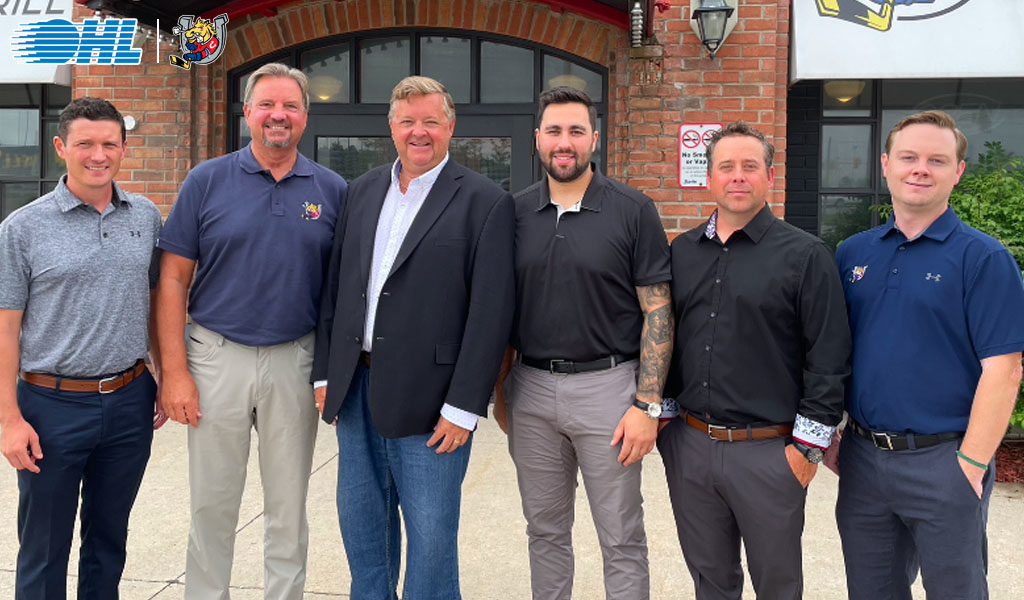 Barrie, ON – The Barrie Colts announced Tuesday that long-time Ontario Hockey League coach and executive Marty Williamson has been named the club’s Head Coach and General Manager heading into the 2021-22 season.

With him, the Colts have announced the return of Assistant General Manager Rob Stewart and Assistant Coach Taylor Carnevale, as well as the additions of new Assistant Coach Chris Dennis and Director of Goaltending David Belitski.

“With very strong conviction towards winning a league championship and a Memorial Cup, I am pleased to announce our new Head Coach and General Manager is Marty Williamson,” announced Colts president Howie Campbell. “Marty is no stranger to our league, and definitely no stranger to the Colts organization. I have 100% confidence that he will be able to deliver us a championship season.”

“It’s not easy to replace Dale Hawerchuk,” Campbell continued. “Since his passing some 18 months ago, there is not a day that goes by that I don’t think about him and his love for the game. Our longest serving Head Coach, for 10 years he set a very high standard for winning and producing quality hockey players, many of which are playing pro hockey today. When Dale fell ill, Marty stepped up in an advisory role and helped us make many trades that have benefitted the club now and in the future. We have more draft picks than we have had in years and we have a great stable of both veteran and young players to build upon in the future. Marty is somebody I know will pick up the torch and help us win. His amazing record speaks for itself.”

“My family and I are extremely excited and grateful for the opportunity to be back in Barrie,” said Williamson. “We have family and friends in Barrie and friends within the Colts organization. To return to the organization that gave me my start in the OHL is a very special feeling. We have an exciting team and during my conversations with Howie, we both are totally committed to bringing a league championship to the fans of Barrie. We have come so close a few times and I believe that together we can win.”

As Head Coach at Brock University starting in 2017, he led the team to the Queen’s Cup final and their first appearance at the U SPORTS Championships in 10 years. In his second season, Williamson and the men’s hockey team recorded a school-record 19 wins (19-5-4-0) and reached the second round of the OUA playoffs.

Williamson was named Ontario University Athletics (OUA) Coach of the Year twice during his three seasons with Brock and exits with an overall record of 47-26-9-2, including three consecutive trips to the post-season.

Chris Dennis is joining the Colts as Assistant Coach after three years in the Vegas Golden Knights organization as an Assistant Coach with the Chicago Wolves of the AHL. Dennis helped the team to a 2019 Calder Cup Finals appearance and was responsible for the defence and penalty kill. Prior to his time in Chicago, Dennis was the Head Coach of the men’s hockey team at York University. Dennis guided the team to an OUA Championship and National Finals birth in 2017 and was named the OUA West Coach of the Year in 2016 and 2017. Dennis began his coaching career with the Toronto Maple Leafs in 2005 as Video Coach rising through the ranks and being named Assistant Coach for the club from 2013-2015.

David Belitski is an OHL graduate who played four seasons for the Kitchener Rangers from 1993-1997, and contines to hold Kitchener’s all-time games played record among goaltenders today. He enjoyed a nine-year professional career before becoming a goaltending coach in Germany’s top elite league, spending time with the Augsburger Panther, Straubing Tigers and ERC Ingolstadt. Belitski has also served as a goaltending scout with OHL Central Scouting in recent years.

“I feel very lucky to have Chris Dennis and Taylor Carnevale who will be joining me on the bench with David Belitski as our Goalie Coach. Chris is an experienced coach that will do a great job with our defence. Taylor returns with a knowledge of our team and is an up-and-coming coach that I have had a long relationship with and David is a very experienced goalie coach that is a great addition for us. I look forward to working with them and with Assistant GM Rob Stewart to bring a winning team to Barrie,” commented Williamson.