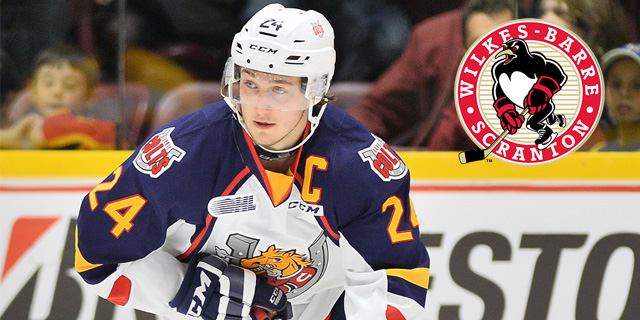 WILKES-BARRE, Pa. – The Wilkes-Barre/Scranton Penguins announced today that they have signed defenseman Michael Webster to an American Hockey League contract for the 2016-17 season.

Webster joins the Penguins organization after four seasons with the Barrie Colts in the Ontario Hockey League. Webster is coming off a career season, during which he set personal bests for goals (9), assists (35) and points (44) in a year. The Toronto, Ont. native also served as captain of the Colts in 2015-16.

Webster was twice nominated for the OHL’s Dan Snyder Memorial Trophy for outstanding community service, and he was the 2016 recipient of the Mickey Renaud Captain’s Trophy, awarded annually to the team captain in the OHL that most exemplifies the attributes of leadership on the ice, in the locker room and in the community.