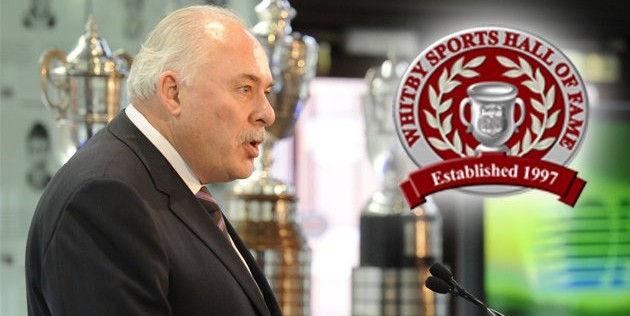 CHL President and OHL Commissioner David Branch was inducted into the Whitby Sports Hall of Fame on Saturday.

Off the ice, Branch has placed great emphasis on the continual growth and academic development of the Canadian Hockey League’s student athletes.

During the 2014-15 season, the CHL proudly awarded 769 graduate players with academic scholarships representing an investment of over $6.2 million made by CHL member clubs. Across the league, 769 scholarship recipients were enrolled in 163 various post-secondary institutions across North America.

For David Branch’s full biography and for more information about the Whitby Sports Hall of Fame, please visit whitbysportshalloffame.com.