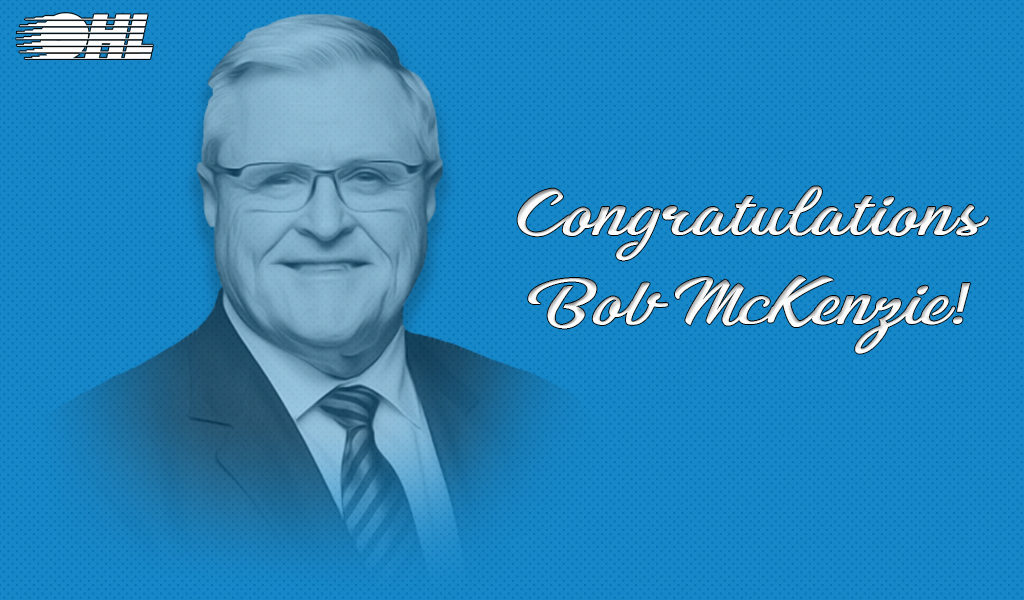 The Ontario Hockey League sends its congratulations to Bob McKenzie upon his semi-retirement from more than 40 years of professional work, much of that spent telling the game’s top stories at TSN.

A native of Scarborough, Ont., McKenzie graduated with a Bachelor of Journalism from Ryerson University in 1979 and worked as a sports reporter for The Sault Star, covering the OHL’s Greyhounds early in his career. He also served as a broadcast voice on CHL Sunday Night Hockey during the 1980’s and has told countless of the League’s stories throughout his professional career, holding a prominent role covering the annual World Junior Hockey Championship tournament.

Bob has authored two best-selling books including Hockey Confidential: Inside Stories from Inside the Game, and Hockey Dad: True Confessions of a (Crazy?) Hockey Dad. He was inducted into the Whitby Sports Hall of Fame in 2017 and sits on selection committees for both the Hockey Hall of Fame and Hockey Canada’s Order of Hockey in Canada.

The OHL community thanks Bob for his long-time coverage and support of the Canadian Hockey League, and a career spent telling Canada’s hockey stories to fans from coast-to-coast.