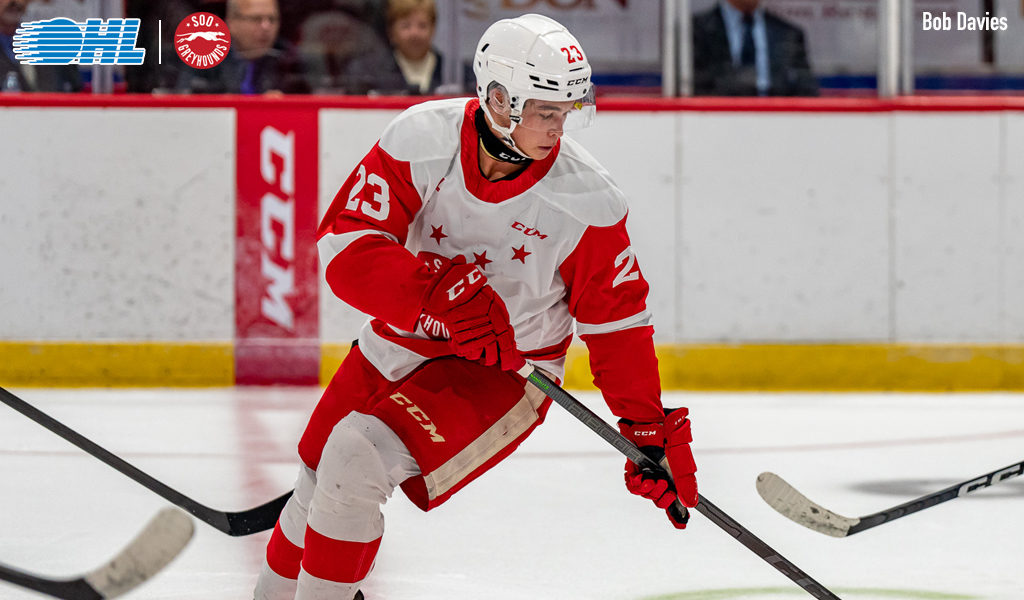 Soo Greyhounds General Manager Kyle Raftis announced his second signing of the day, this time a member of the 2021 Draft Class.

Connor Clattenburg has signed a standard player agreement and education package with the Program.  He was originally selected in the 10th Round of the 2021 OHL Priority Selection.

“Connor brings a level of edge, size and speed to his game. His consistency has picked up as he has gotten more comfortable at this level – whether in skills, practice or during exhibition. He’s earning trust from the coaches in more and more situations. We’re hoping he continues to build off last year and stays on the same trajectory,” explained Raftis.

“I’m very thankful to sign with this great organization, I want to thank my parents most importantly I wouldn’t be playing this game without them. Thank you to my friends, family, past and present coaches and teammates, for helping me get here,” said Clattenburg.

0:19
Mississauga Steelheads Ryerson Leenders
Real Canadian Superstore Save of the Night: Leenders Lunges Across!
22 hours ago