Cook and Tynan commit to IceDogs 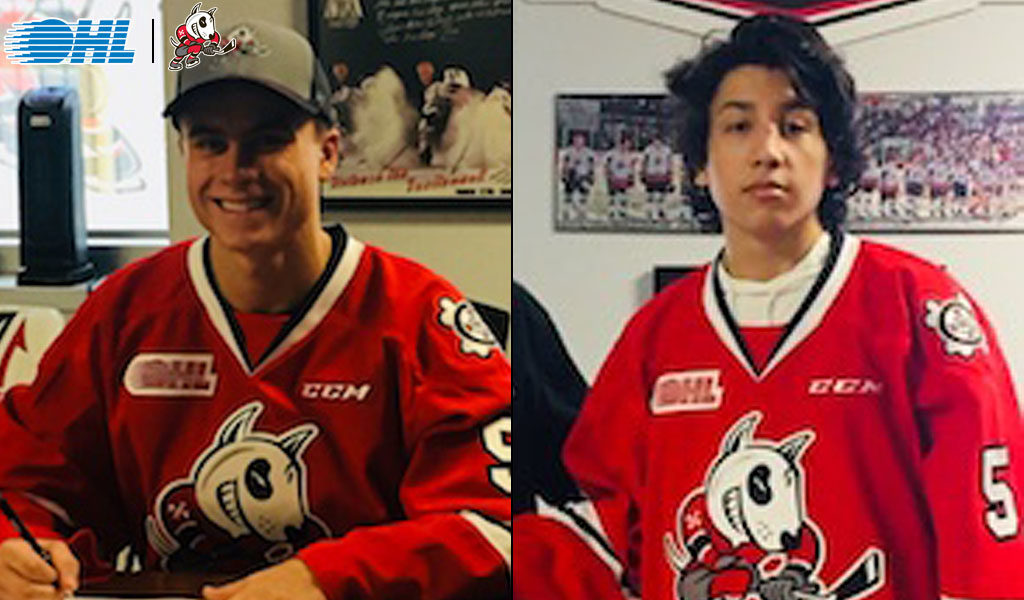 A local product from St. Catharines, Cook was the IceDogs’ 15th round (296th overall) pick in the 2017 OHL Priority Selection from the Niagara North Stars Minor Midgets where he collected 10 points (6-4–10) in 35 contests. This past season, Cook suited up at Ridley College where he suited up in 34 games while collecting 14 points (4-10–14).

“I am very excited to be able to sign AJ today,” said Burke of the move. “He is a guy who improved so significantly this past season that he would not be denied at camp. He is an extremely versatile player who can excel both on the back end and as a forward. AJ is yet another high-end young player that we have signed here in Niagara, and will help provide us with longevity and success as we transition from our veteran group this season to our younger core next year.  This is a very exciting time for our club, and this signing just goes to further validate that.”

Tynan hails from Chicago, Ill. and was Niagara’s 10th round (192nd overall) pick from the Detroit Little Caesars U16 club this past April. The 6-foot-1, 159Ib. netminder posted an impressive 0.80 goals-against-average and a .956 save percentage last season.

“This is a very exciting signing for us in Niagara,” noted Burke. “Tucker is a guy who is proven at every level he has played in, and put together one of the more impressive training camps I’ve seen. With this signing we have solidified our goaltending for the future and we continue our tradition of having high-end goalies in Niagara – which is instrumental in having success in this league.”

Tynan will be eligible for the 2020 NHL Draft.

For more information on these commitments visit niagaraicedogs.net.