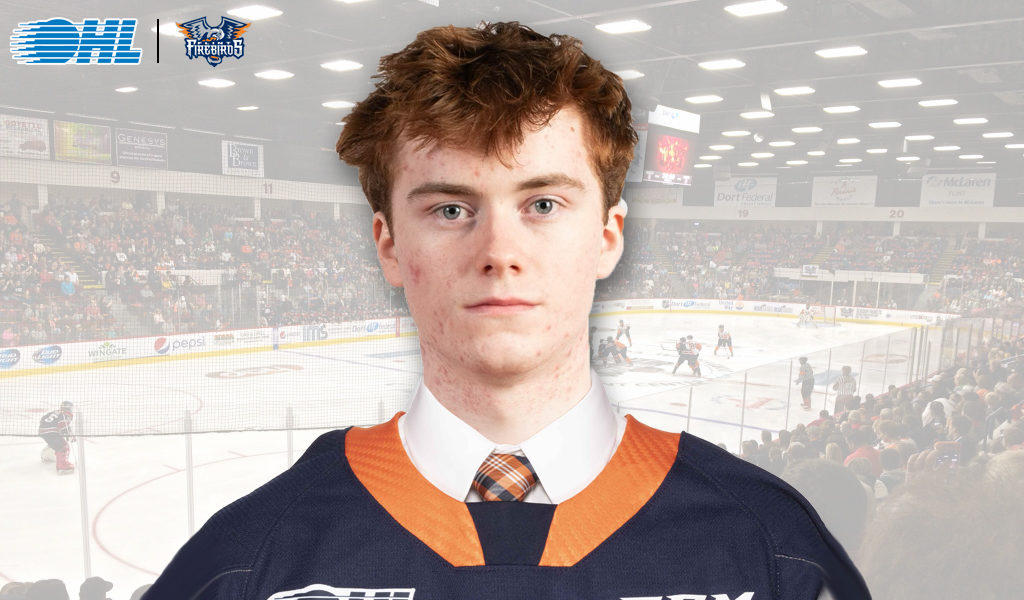 The Flint Firebirds announced Thursday that the club has received a commitment from newly acquired forward Coulson Pitre.

Flint acquired Pitre from the Windsor Spitfires in exchange for a 15th round pick in 2023 along with a conditional sixth round choice in 2023. The late 2004-born centreman from Stouffville, Ont. was Windsor’s fourth round (73rd overall) pick in the 2020 OHL Priority Selection from the Richmond Hill Coyotes U16 program.

“We’re very excited we acquired Coulson and that he has signed a Standard Player Agreement to play with the Firebirds,”  said President of Hockey Operations Terry Christensen. “He’ll bring in additional skill at the forward position in our lineup. We very much look forward to having him on our hockey club.”

“It feels great to be here in Flint,” Pitre said. “I’m excited for the opportunity to better develop my skills and to help my team win which is the ultimate goal.”