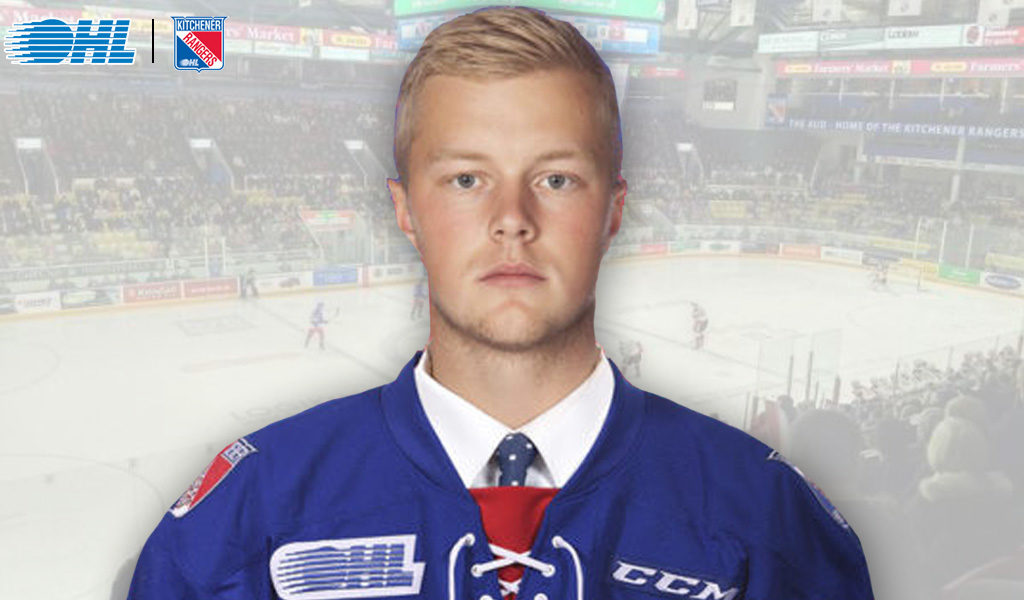 Kitchener, ON – Swedish defenceman Axel Bergkvist has committed to an Ontario Hockey League standard player agreement with the Kitchener Rangers.

“It’s a real honour to play for the Kitchener Rangers,” said Bergkvist, adding that making the move to Canada “is the biggest step in my hockey career.”

“I’ve heard a lot of good things about the organization and excited to get going.”

The 19-year-old, who was selected by the Arizona Coyotes in the 7th round, 200th overall at the 2019 NHL Draft, described himself as a “calm defenceman who likes to handle the puck, reads the play well and has a pretty good shot.”

General Manager Mike McKenzie provided a similar assessment while describing how “we felt very excited to be able to add Axel to our team and want to welcome him to the Rangers.”

“He is an NHL drafted player that has an elite shot and very good offensive instincts,” said McKenzie.

“Axel will be a huge part of our team this season and we look forward to seeing him in a Kitchener Rangers uniform.”