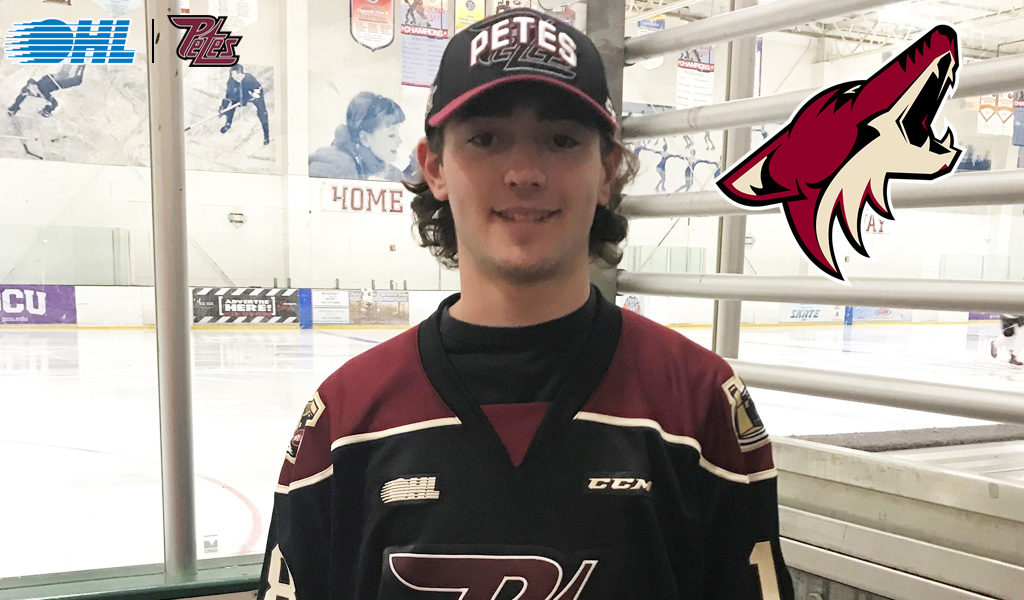 Kirk, a 6’1”, 160lbs left winger, was selected 8th overall by the Petes in the 2018 CHL Import Draft in June. The Maltby, England native played for the Sheffield Steelers in the Elite Ice Hockey League (EIHL) in 2017-18. In 52 games, he recorded 9 goals, 7 assists, and 16 points – the third-highest point total ever in the EIHL by an under-19 player.

With the 8th overall pick in the @CHLHockey Import Draft, the Petes have selected LW Liam Kirk (@kirky_1424)! pic.twitter.com/QbZA0Gtv0l

Prior to the CHL Import Draft, Kirk was selected in the 7th round, 189th overall by the Arizona Coyotes in the 2018 NHL Entry Draft. He has since attended Arizona’s Development Camp.

The British are coming. ??

“I don’t know much about the team, but know they have a great history,” commented Kirk. “I’ve talked to [former Sheffield Steeler] Rob [Wilson], and he talked about his plans and how he thinks I can contribute.”

“The ice size is different, but having played against men the last few years who have played professionally for a long time, I think I’ll be able to adjust to a faster game,” Kirk added. “The OHL is the best junior league in the world, and I can’t wait to get started.”

“We’re pleased that Liam has chosen to continue his development with the Peterborough Petes,” expressed Oke. “We believe that he’ll be able to make an immediate impact with our club, and look forward to his arrival in Peterborough.”