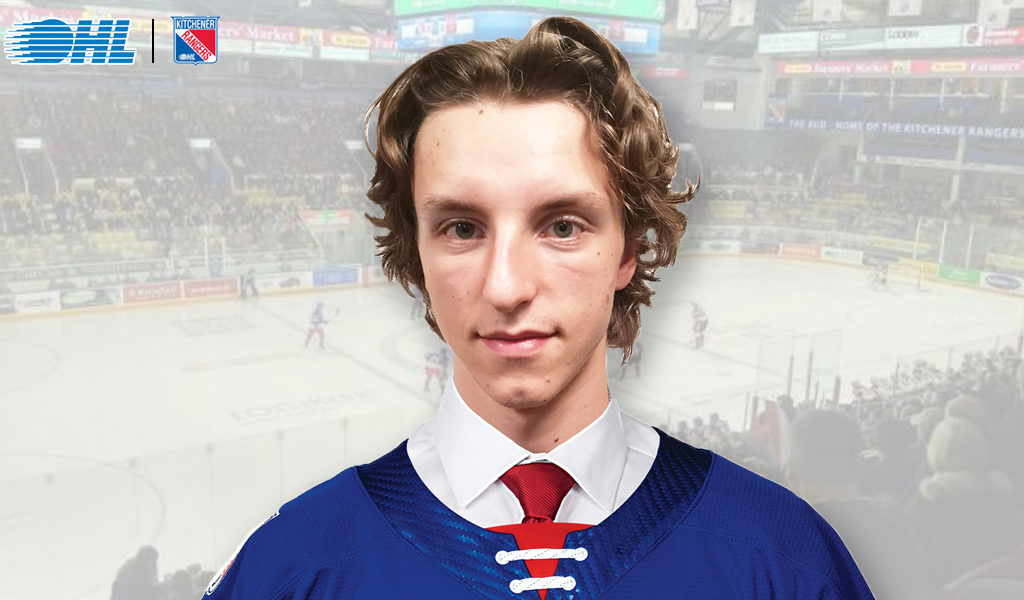 Kitchener, ON – The Kitchener Rangers have announced that Czech goaltender Pavel Cajan has signed an Ontario Hockey League Standard Player Agreement with the team.

Cajan was selected by the Rangers 41st pick overall (49th before passes) in the 2020 CHL Import Draft. The 17 year-old registered a 3.13 goals against average and .915 save percentage over 29 games in the DHL Cup with Liberec Bili Tygri Jr.

“We are very excited to welcome Pavel to the Rangers. We feel he has all the tools to be a very good goaltender in our league,” Rangers Head Coach and General Manager Mike McKenzie said. “We look forward to having him in Kitchener and seeing him continue his development in a Rangers uniform.”