Damiani humbled to serve as leader with esteemed Rangers 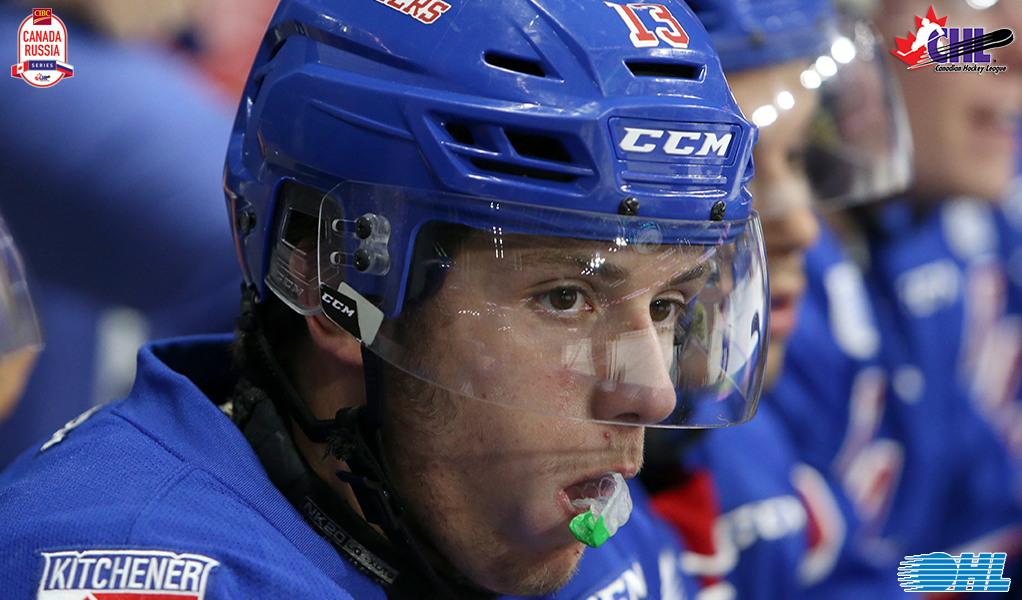 Few franchises in the Ontario Hockey League have a history as decorated as the Kitchener Rangers.

Founded in 1963, the well-respected franchise is a perennial contender that enshrines five J. Ross Robertson Cups and two Memorial Cup titles in its trophy case. The club has also produced countless players who have gone on to have productive and star-studded NHL careers, including Hockey Hall of Fame inductees Paul Coffey, Al MacInnis, and Scott Stevens, to modern day talents like John Gibson, Gabriel Landeskog, and Jeff Skinner.

With a new season underway, the next wave of talent has taken charge of the Rangers, a group that includes three NHL drafted players, including new co-captains in Greg Meireles, a Florida Panthers prospect, as well as Riley Damiani, who heard his named called in the fifth round of the 2018 NHL Draft by the Dallas Stars.

Naturally, the two recognize the responsibility that comes with sporting a letter for the esteemed franchise.

“For an organization like the Kitchener Rangers, it’s remarkable when you see the captains wall up in the room and you see some of the names on there,” said Damiani, who follows in the footsteps of past Rangers leaders like Landeskog and Memorial Cup winner and two-time Stanley Cup champion Mike Richards. “There is a lot of history here. You see it all around the rink. It’s insane to just be considered in the same category as those guys. It’s a huge honour and a privilege to be able to wear that letter and I’m grateful for it.”

Across 13 appearances in 2019-20, Damiani has had a strong start to the new campaign in collecting a team-leading 16 points counting seven goals and nine assists. In the meantime, however, his focus is on representing the Rangers as part of Team OHL at the 2019 CIBC Canada Russia Series, where the native of Mississauga, Ont., will have an opportunity to shine under the spotlight of the annual event as he auditions for a spot with Team Canada at the year-end IIHF World Junior Hockey Championship.

Adding to the intrigue is that Damiani will have the chance to play under London Knights head coach Dale Hunter, who will double as the bench boss for the Great White North at the world juniors.

“I’ve got a couple different looks from (Hunter) this year as we play against him so often,” said Damiani, whose past experience representing Team Canada came at the 2016 World Under-17 Hockey Challenge. “I have to stand out every time I’m on the ice, make a hit, block a shot, limit turnovers, just those little things that I know every coach takes pride in with players who care about the little things and take care of the puck.”

For Damiani, his goal for the 2019 CIBC Canada Russia Series is simple.

“I’ve just got to do everything I can, work hard, compete, really show what I can do, and make an impression every time I’m on the ice,” Damiani concluded. “You see guys come out of (this event) and have big games where they are right on the radar for the World Junior team. It’s a stepping stone and I’m looking forward to it. “ 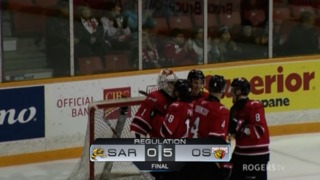