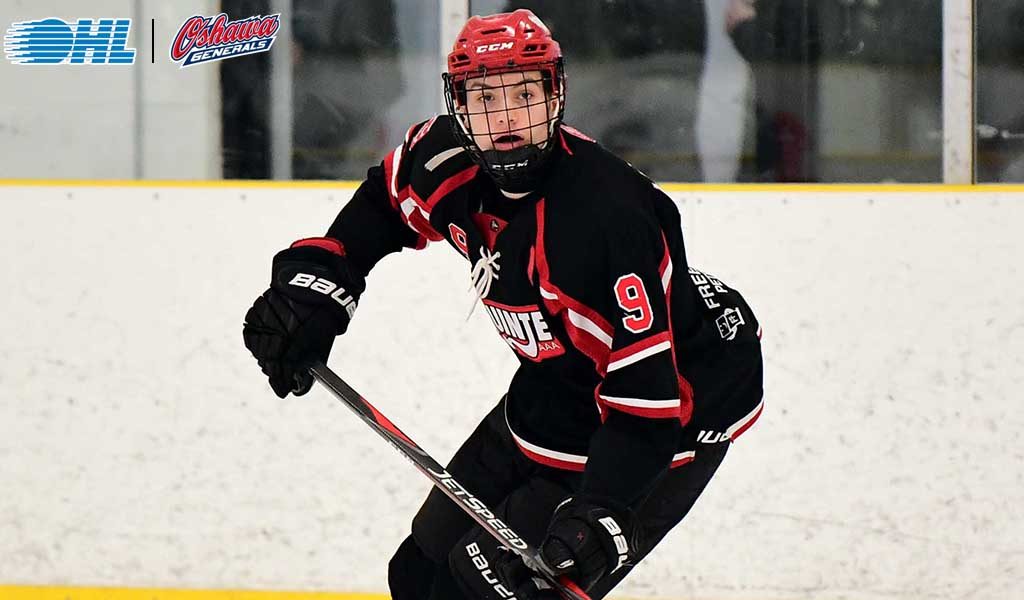 Oshawa, ON – The Oshawa Generals announced today that forward Daniel Michaud has committed to an Ontario Hockey League standard player agreement with the Hockey Club.

The Belleville, Ont. native was the second round, 23rd overall selection by the Gens in the 2019 OHL Priority Selection. He was a member of the Quinte Red Devils Minor Midget AAA during the 2018-19 season where he tallied 21 goals and 20 assists for 41 points in 36 games played.

The 6’2, 176-pound, left shot centre, participated in the OHL Cup in March where he was over a point per game player notching five goals and two assists in five games with the Red Devils. At the OHL Gold Cup, Michaud suited up for Team OMHA White, appearing in four games recording a goal and two assists throughout the tournament.

“With the signing of Daniel, it is another opportunity to get another big centre-man into our line up. You can never have too much strength down the middle,” said Vice President and General Manager, Roger Hunt on this signing. “As the season went on and the more our scouting staff watched Daniel, he continued to impress and continued to get better throughout the playoffs and into the OHL Cup,” said Hunt speaking on Michaud’s season. “We are looking forward to having him in our line-up come September.”

Michaud will join the Generals for training camp at the end of August before the 2019-20 season gets underway in September. He will wear #29 with the team.